"4 Tank Men and a Dog" aka "Czterej pancerni i pies" 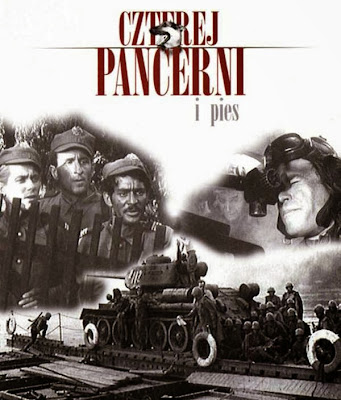 This Polish TV show followed a crew of a T-34 with the 1st Polish Army during the last years of WWII.  I stumbled across this gem a while back when I was on YouTube and have been meaning to feature it before now but here it is in all its glory.  Its similar to post war shows in America like Combat or even Rat Patrol but since it was produced behind the Iron Curtain during the late 60s, it does have a pro-Soviet slant and kinda hides the true conflicts between the Poles and Russians fighting together at the time.  Although I've seen several episodes I have only been able to find them in Polish so if you find any translated into English let me know.  Check out the intro and see what ya think about this now Polish cult classic.

I wonder if Szarik would be shot as a traitor if he was ever captured?
Brian 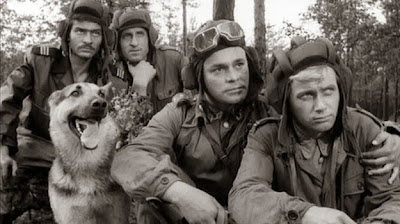 The crew and Szarik
Posted by Weird WWII at 4:06 AM