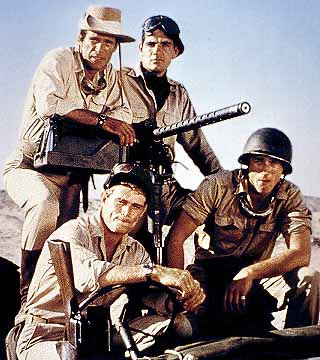 This 60's TV show followed the exploits of a LRDG unit called the "Rat Patrol" who infiltrate the enemy's lines and perform commando and hit and run raids against Rommel's Afrika Korps.  When I was a kid I though this show was fucking awesome but when I recently bought the series on DVD and re-watched it I realized it is kinda lame.  Nonetheless, this is a cool WWII show that you might enjoy if you are not a stickler for historical accuracy or into realistic and clever dialog and plot.  As a gamer, this show rocks and really gives you some fantastic ideas for some great WWII or WWWII gaming so up-arm them Jeeps or even Schwimmwagens and do a WWII style drive-by or two with your gamin' hommies.

Nothin' like the real bad asses but it'll do,
Brian 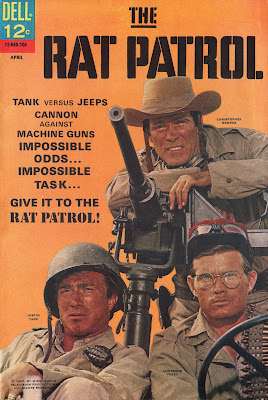