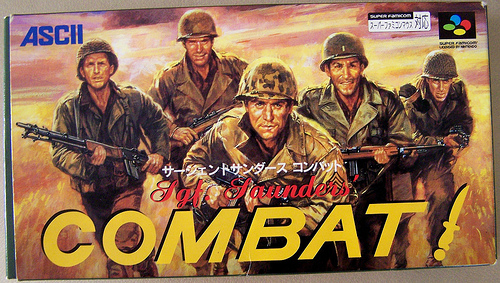 Just stumbled across this jewel while doing some mad Google-Fu!  Looks like in the mid 90s Combat! was big in Japan and was made into a turn-based strategy game.  Although it never made it to the American or European markets it did grace the Super Famicom catalog in Asia.  Check out the game's intro and see if anything looks familiar?  If anyone has some pics or video of its game play let me know 'cause I'd love to check it out.