Some pics from our gaming this weekend.  It pitted Germans vs. Russians vs. VAMPIRES?! 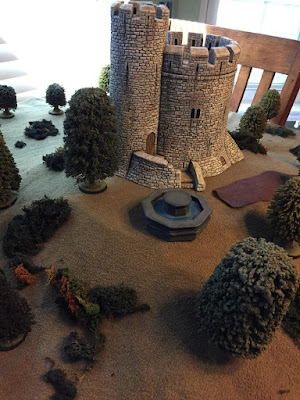 The keep that the Russians want to use as a OP but the vamps might have issue with that. 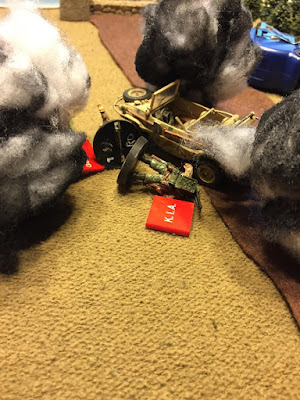 My German recon jeep get blown to shit! 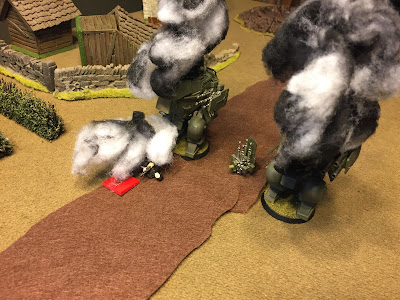 The Soviet walkers burn from my well placed autocannon fire! 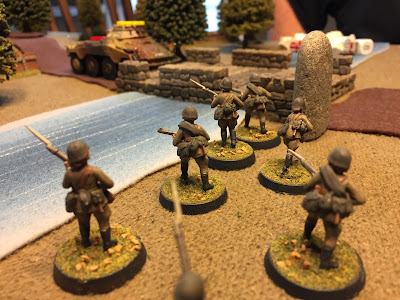 The Russians advance to the bridge! 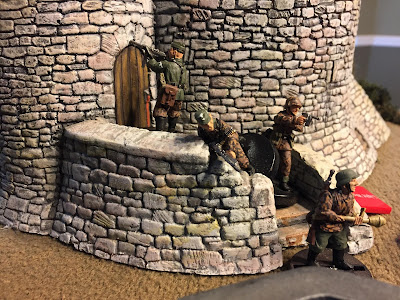 My recon troops seek refuge in the keep. 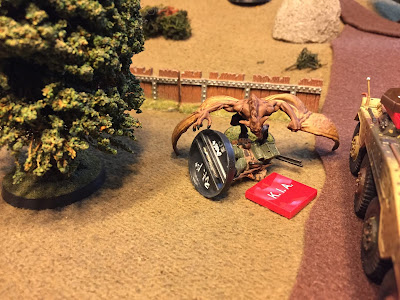 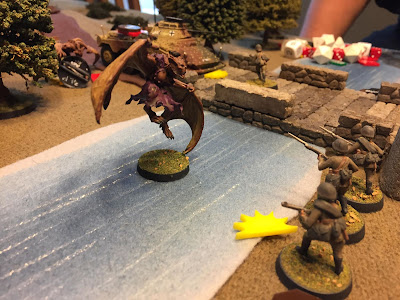 Something dark flys over the river towards the Soviets! 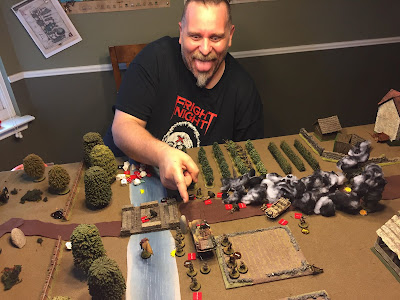 I show my gamesmanship after I runn over several Soviets with my armored car! 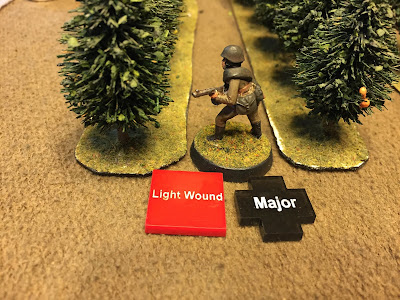 A Hero of the Soviet Union 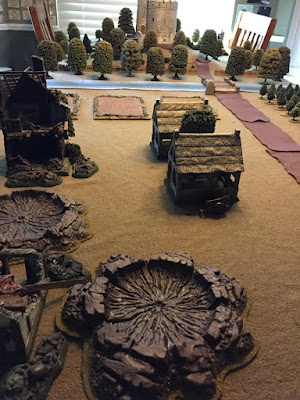 The deserted landscape before all hell breaks loose. 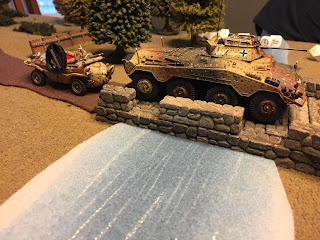 The armored cars race across the bridge with the Germans nipping at their feet! 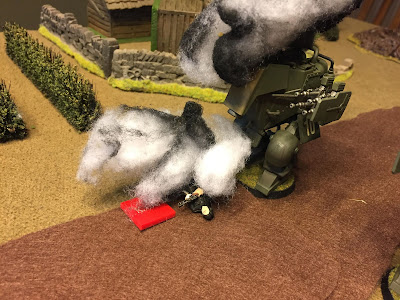 The burning crew of a Soviet walker trys to escape their death but fails. 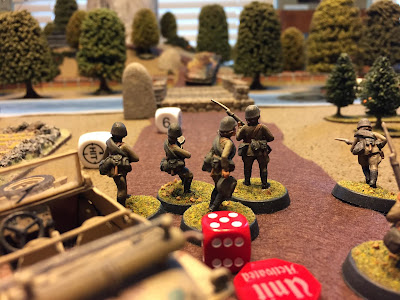 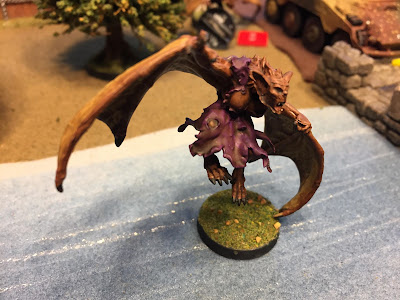 A lady of the night 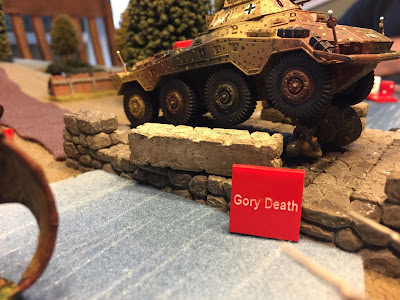 The armored car crushes its enemy! 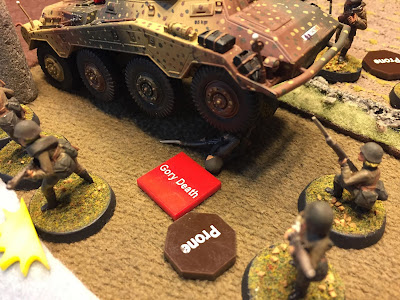