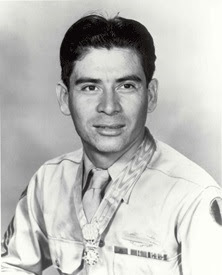 "Staff Sergeant Marcario García, Company B, 22nd Infantry, in action involving actual conflict with the enemy in the vicinity of Grosshau, Germany, 27 November 1944.  While an acting squad leader, he single-handedly assaulted two enemy machine gun emplacements.  Attacking prepared positions on a wooded hill, which could be approached only through meager cover.  His company was pinned down by intense machine-gun fire and subjected to a concentrated artillery and mortar barrage.  Although painfully wounded, he refused to be evacuated and on his own initiative crawled forward alone until he reached a position near an enemy emplacement.  Hurling grenades, he boldly assaulted the position, destroyed the gun, and with his rifle killed three of the enemy who attempted to escape.  When he rejoined his company, a second machine-gun opened fire and again the intrepid soldier went forward, utterly disregarding his own safety.  He stormed the position and destroyed the gun, killed three more Germans, and captured four prisoners.  He fought on with his unit until the objective was taken and only then did he permit himself to be removed for medical care.  S/Sgt. (then Pvt.) Garcia's conspicuous heroism, his inspiring, courageous conduct, and his complete disregard for his personal safety wiped out two enemy emplacements and enabled his company to advance and secure its objective." 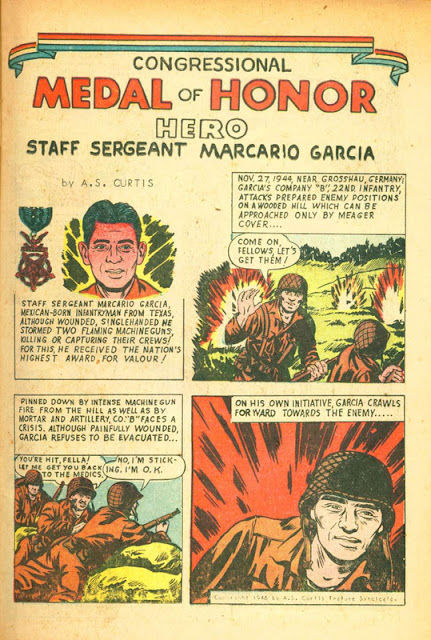 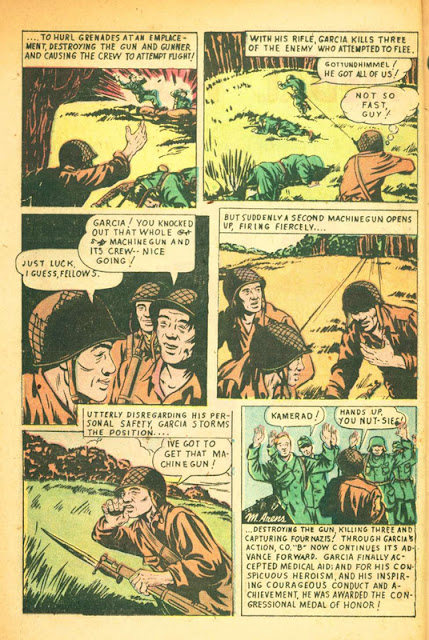 From Medal of Honor Comics 1 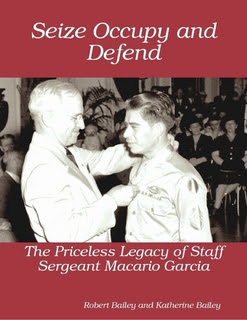 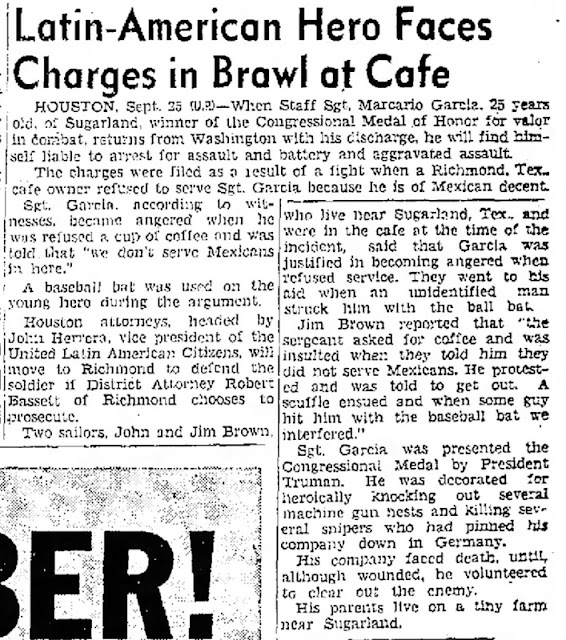 Welcome home, hero.  The best and worst of our nation.
Posted by Weird WWII at 2:52 AM