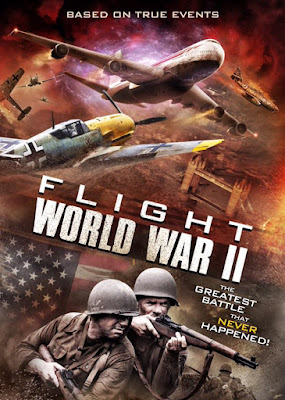 A commercial flight from the US to the UK flies through a strange weather phenomenon and then winds up flying through a German bombing raid in 1940!  Can these time travelers figure out what is going on and get back or will their aircraft and its technology become the prize for the Axis?!  I have to admit, this is a great mash up of movie genera (airliner disaster mixed with sci-fi and war) but with that being said that is about the only thing good about the flick.  Its status quo from the kids over at the Asylum Studios with a general cool idea and then it just turns to shit when it is executed.  Instead of putting out a dozen turds why not save your cash and make a single good one.  Anyway, check out the trailer and see what you think.


Its another Scy-Fy quality film for the masses,
Brian
Posted by Weird WWII at 3:19 PM 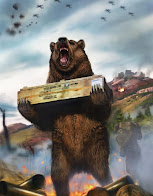