The Last of the Original Code Talkers Falls 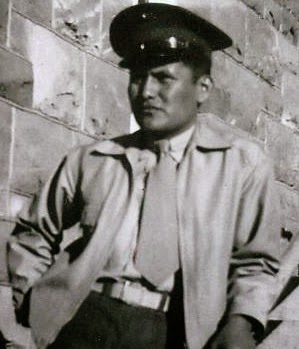 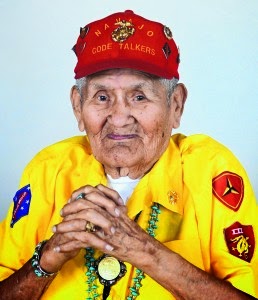 "The last of the 29 Navajos who developed a code that stumped the Japanese during World War II has died.

Before hundreds of men from the Navajo Nation became Code Talkers, 29 Navajos were recruited to develop the code based on the then-unwritten Navajo language. Nez was in 10th grade when he enlisted, keeping his decision a secret from his family and lying about his age, as did many others.
"It's one of the greatest parts of history that we used our own native language during World War II," Nez told The Associated Press in 2009. "We're very proud of it."

Of the 250 Navajos who showed up at Fort Defiance — then a U.S. Army base — 29 were selected to join the first all-Native American unit of Marines. They were inducted in May 1942. Nez became part of the 382nd Platoon.

Using Navajo words for red soil, war chief, clan, braided hair, beads, ant and hummingbird, for example, they came up with a glossary of more than 200 terms that later was expanded and an alphabet.

Nez has said he was concerned the code wouldn't work. At the time, few non-Navajos spoke the language. Even Navajos who did couldn't understand the code. It proved impenetrable.
The Navajos trained in radio communications were walking copies of the code. Each message read aloud by a Code Talker was immediately destroyed.

"The Japanese did everything in their power to break the code but they never did," Nez said in 2010.
After World War II, Nez volunteered to serve two more years during the Korean War. He retired in 1974 after a 25-year career as a painter at the Veterans Affairs hospital in Albuquerque.
Nez was eager to tell his family about his role as a Code Talker, Avila said, but he couldn't. The mission wasn't declassified until 1968.

The accolades came much later, and the Code Talkers now are widely celebrated. The original group received Congressional Gold Medals in 2001, and a movie based on the Code Talkers was released the following year. They have appeared on television and in parades and routinely are asked to speak to veterans groups and students.

Nez threw the opening pitch at a 2004 Major League Baseball game and offered a blessing for the presidential campaign of John Kerry. In 2012, he received a bachelor's degree from the University of Kansas, where he abandoned his studies in fine arts after money from his GI Bill ran out.
Despite having both legs partially amputated due to diabetes and being confined to a wheelchair, Avila said Nez loved to travel and tell his story.

"He always wanted to go, he loved meeting people," she said. "And with something like kidney failure, it comes really gradually. At the end, he was really tired."  AP

A tip of the hat to Mr. Nez and all the men and women who gave their all to try and keep this world free.

Be at peace, devil dog.
Brian 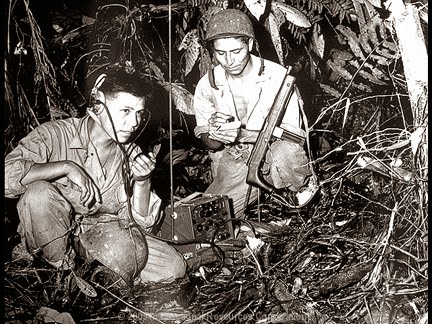 Email ThisBlogThis!Share to TwitterShare to FacebookShare to Pinterest
Labels: news