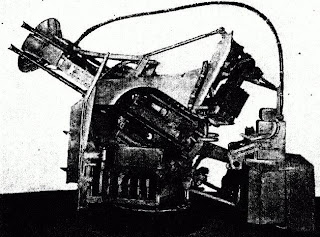 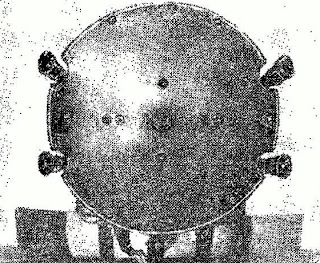 Looks like a German prototype for a radar-assisted flak gun was completed late in the war that married a radar to a Flakvierling 38 gun.  I guess this thing worked pretty well but just didn't make it to the front before the war ended but since this is Weird WWII have at it!

Notes:  Treat as a normal Flakvierling 38 with the additional rules noted below.
Date Introduced:  Mid '45
Users:  Germany
Crew:  8 (commander, gunner, radar op., 5 loaders)
To Hit:  Treat all ground and low level targets as normal but any high-flying targets will be hit on a 8 or less.  Follow the normal rules for AA Fire against any aerial targets as normal.
Captured Use:  Because of its advanced design, any troops not trained with this weapons before the battle began will suffer the normal Captured Use and Unqualified modifiers with an additional +3 to each.
Wargaming Piece:  Although there is no dedicated model of this, it wouldn't be to hard to do up a conversion off the numerous Flakvierling 38 kits out on the market.  If you do one up be sure to let us know so we can take a look at it.
Posted by Weird WWII at 1:53 AM