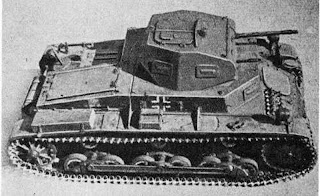 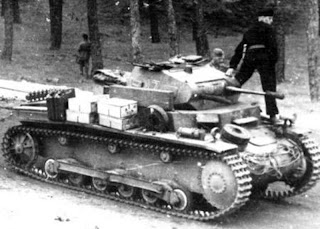 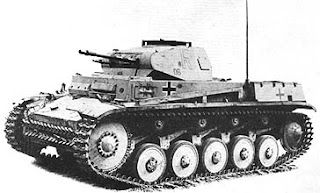 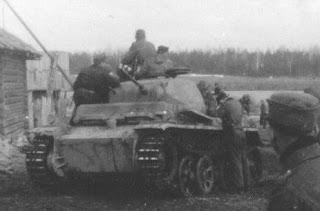 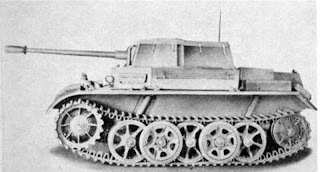 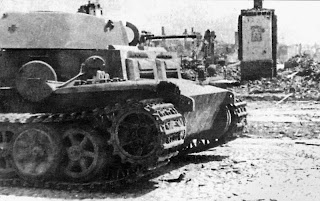 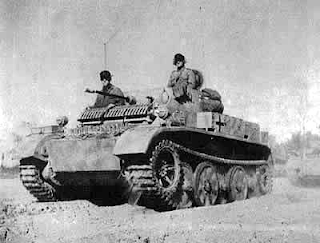 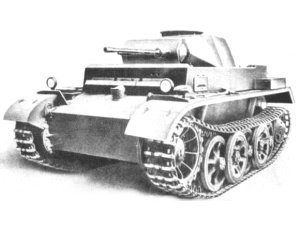 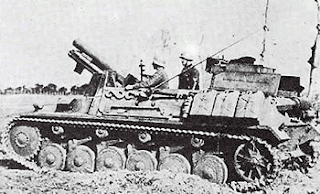 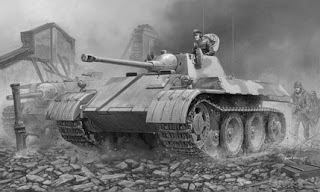 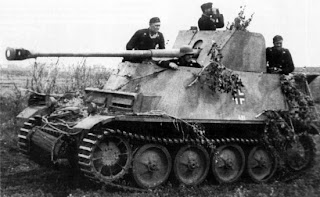 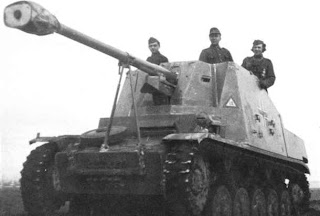 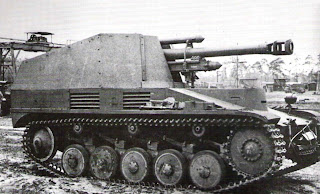 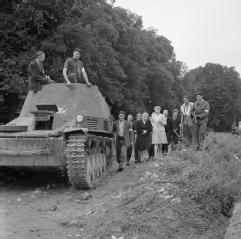 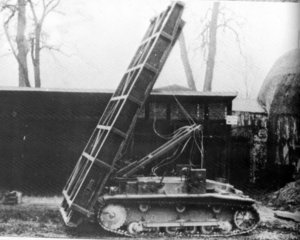 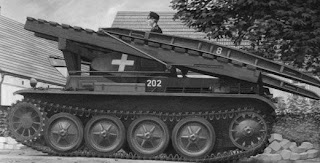 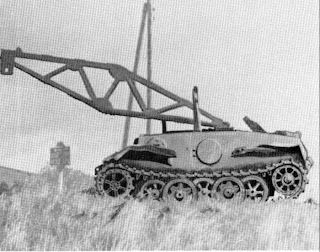 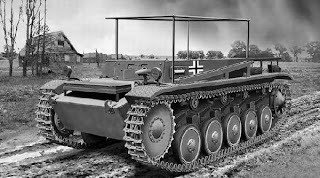 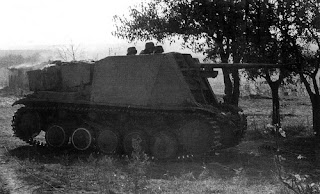 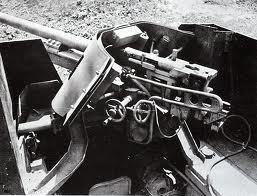 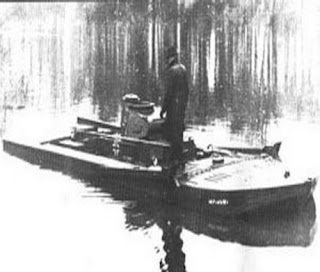 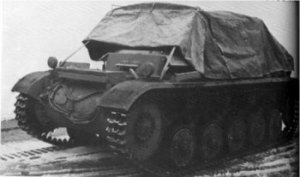 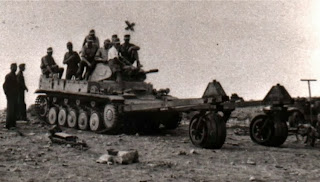 Munitions Wespe:  This weapon is in essence a Wespe but without the 10.5cm leFH 18M howitzer installed.  These vehicles were attached to Wespe units and used as ammunition carriers.
Ammunition Carrier:  Because of the amount of ammunition within the the vehicle, it will suffer an additional -2 to the Vehicle Effects Chart if penetrated.
Brukenleger Models:  The Ausf A model is fitted with a two-part sliding bridge that can be used as a ramp to scale steep inclines as well as a conventional bridge.  It takes the crew two actions to extend the bridge before use.  The bridge can hold up to 20 tons. The Ausf A's turret has been removed and its crew reduced to 2.  The Ausf B model has a static bridge affixed to the hull used to scale inclines and is also fitted with a bridge that can be dismounted and used over expanses.  It takes the crew two action to dismount the bridge.  The static bridge can hold up to 20 tons where the dismounted bridge up to 12 tons.  The Ausf B model still retains its turret but will only be able to rotate the turret 45-degrees due to the piers of the affixed bridge.
Bergepanzer II:  The Bergepanzer II is a Ausf J model that has its turret removed and replaced with a jib.  The vehicle is capable towing up to 20 tons and the jib can lift up to 5 tons.
5cm PaK38 & PaK38 L/60 SPG:  Both of these models were fitted with a 50mm cannon that fired AP, HE and APCR shells.  APCR shells have an Availability of 5 with D6 rounds available.
PzKpfw II mit Schwimmkkorper:  For the anticipated invasion of England, a program to fit pontoons onto the PzKpfw II was initiated.  The pontoons are fitted to either side of the hull and one on the bow.  The vehicle is propelled by the vehicle's tracks and can move up to 1/4 of its normal movement per action within the water by the driver.  If the vehicle or pontoons are penetrated while in the water, the tank will be lost and the crew will be KIA unless they pass a 1/4 Skill Check to escape the drowning tank.  All To Hit rolls to a swimming tank will be at a +1 due to its small size when in the water.   The pontoons can be detached by the commander within the turret by spending 1 action to pull the quick release lever.  Once removed, it will take 5 man actions to move the pontoons out of the way of the tank or the tank can choose to just drive over them with a normal Bog Check.  If the crew drives over a pontoon, it will automatically be destroyed.  Once detached, it will take 40 man actions to reattach the pontoons to a stationary PzKpfw II.  The pontoons will act the same a Schurzen when taking enemy fire on land.  The vehicle will follow all amphibious vehicle rules as normal.  Availability is 5.
Mine Roller:  In the North African campaign, several PzKpfw IIs were fitted with basic mine rollers designed in theature. The mine roller will automatically clear any anti-personnel mines but anti-tank mines can have a chance of destroying the roller when detonated.  When clearing an AT minefield roll a D20 for every action spent clearing the minefield and consult the chart below to see if the exploder is destroyed by the detonation.  If destroyed, the vehicle is immobilized for D20 actions while the crew detaches the exploder from the vehicle.  Note that when clearing any kind of minefield, the crew must be Buttoned-Up to do so and may only move up to a maximum of half their normal movement.  Note that this mine roller was only ever deployed with the Afrika Corps in North Africa and the Availability is 8.