"Nazis at the Center of the Earth" 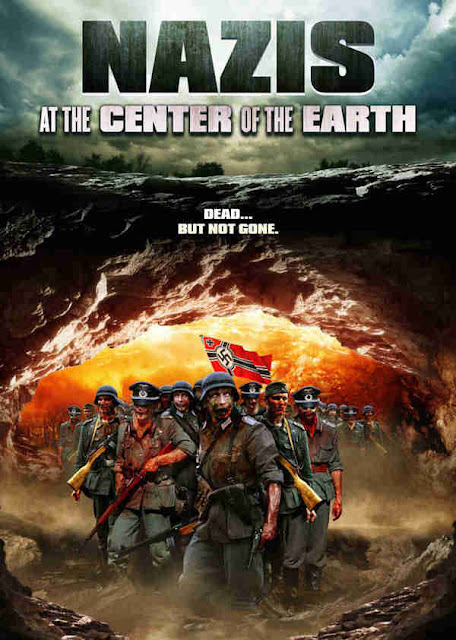 A group of egg heads in Antarctica stumble into an adventure that thrusts them into a fight for survival against Nazis from the center of the Earth!  Can the egg heads....  Ah fuck it, this is total shit so don't bother.  While actually doing some research on this turkey I discovered that it cost less then 200K to make and it had a 12 day shooting schedule so that should tell ya something but the movie poster looks kinda cool.  Take a look at the trailer and just move on.