In this game, we play-tested our "Pursuit" rules which allows you to relive those great cars chases like in Raiders of the Lost Ark.  It's pretty cool where each turn you just alter the road and scenery and move the vehicles up or back depending on the speed and other circumstances.  Its similar to the old Car Wars stuff from back in the day.  So buckle up and enjoy the ride.

The Story
Our story begins in a top secret military base somewhere in New Mexico where a researcher involved with the program shows her true colors and breaks into the project foreman's office and steals key notes and blueprints for the United States' newest weapon.  Before this agent of the crooked cross could make good her escape, a guard sees the break in and investigates.  The Nazi agent pulls her weapon and kills the guard and then makes a quick call to her confederates that she's in trouble.  The Nazi spy steals a truck and heads for the front gate before she is discovered by just as she reaches it the gate guards start to close the gate.  She steps on the gas and crashes the front gate and makes for her pick up point.  In response some MPs mount their Jeep and give chase and... 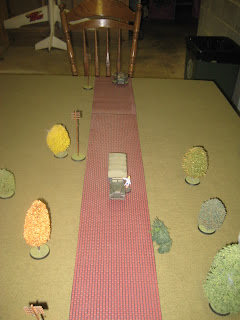 The Nazi agent goes full bore down the road in an attempt to escape but she is not alone.  The MPs slowly gain ground on the stolen truck. 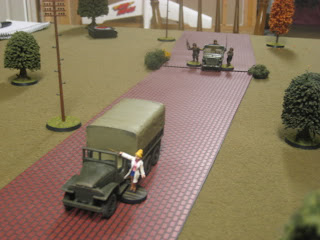 The spy sees that the MPs are getting closer and hopes her partners will be at the crossroads before she gets there. 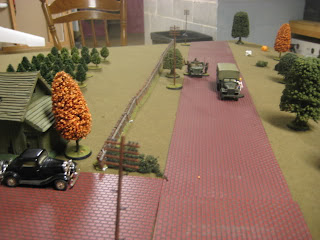 The other Nazi agents arrive just as their fellow spy drives by with the base's MPs hot on her tail. 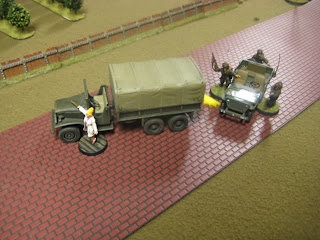 The MPs try to push the spy off the road but the truck is just to heavy.  One of the MPs opens up on the tires of the truck with his Thompson, blowing one out which causes the truck to fishtail. 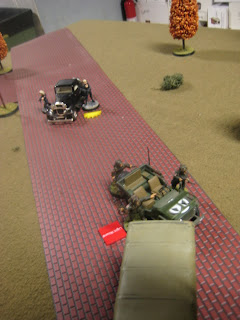 At the same moment, the other Nazis catch up to the MP's Jeep and then opens fire.  The passenger side MP is wounded and the MP driving skids at the sudden attack from their rear. 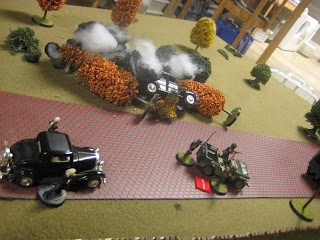 As the trio of vehicles round a bend in the road, a Highway Patrol car is racing at them from the opposite direction.  The MPs swerve to the right as the Nazis behind them open up on the approaching cops.  The bullets rip into the unsuspecting state troops and the vehicle looses control and smashes into a row of trees causing the car to roll and explode! 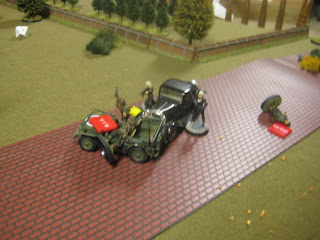 The Jeep pulls out of a skid from when it swerved to the right to avoid the State Troopers and is rear ended by the Nazis giving chase.  The collusion causes the rear MP to fall out of the speeding Jeep to his death.  At the same time, the Nazis open up and the 9mm rounds rip the driver apart, killing him instantly. 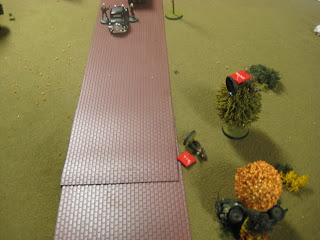 The Jeep careens off the road into a large tree causing the passengers to fly out from the vehicle.  The dead drive's body slides across the ground as the passenger smashes into another tree killing him instantly. 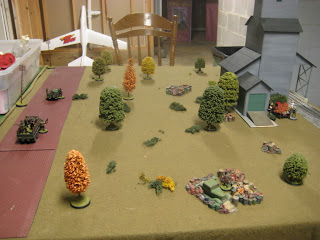 The duo arrive at their meeting destination where the truck and car are hidden in an old abandoned mill.  In hiding, the Nazis see US Army units patrolling the highway looking for them. 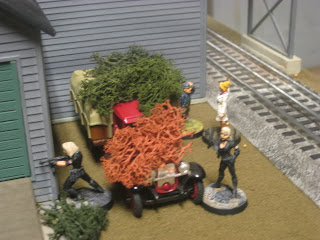 As the GI disappear down the road, the Nazis mount up in a new vehicle where there is a hiding place within the trucks cargo.  The male agent tells them to hurry up before they are spotted. 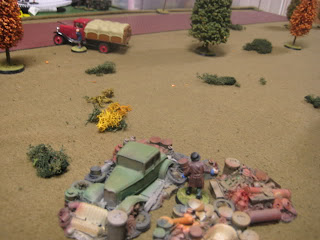 But as the Nazis head out they don't see that they have already been spotted. 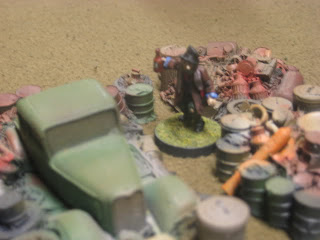 But to their advantage, the bum just takes a swig of his wine and goes to sleep in his abandoned car. 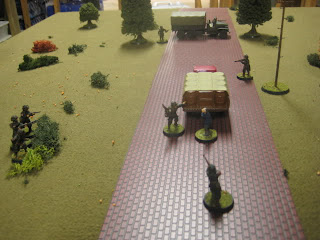 After a while, the Nazis come to a military roadblock.  The Nazi agent pulls over and the GIs inspect the cargo.  The spies within the truck's cargo ready their weapons but the hiding place does its job and the GIs see nothing. 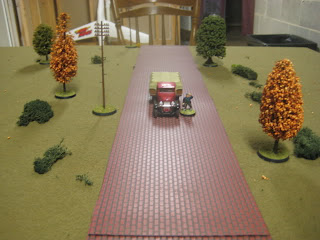 With sweat beading on his brow, the 5th Columnist heads off down the highway to the pick up point. 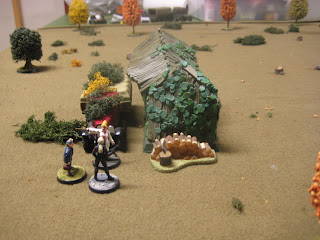 The Nazis arrive at their destination and cover the truck so that it won't give them away.  The male agent informs the other that in about an hour they will be picked up by a Dragon helicopter and flown back over the Mexico border where they will then make their way to the coast and to an awaiting U-Boat that will sail them to Germany.  They are to wait in the shack until then but... 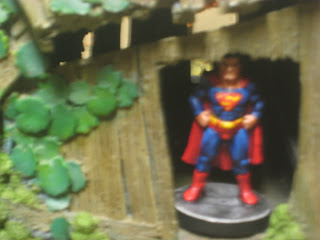 as the trio round the corner they are horrified by what stands before them.  "Going somewhere?" proclaims the Man of Steel.  The Nazis open up with their weapons to no avail and Superman subdues them all within seconds.  With the secret files in hand, the Man of Steel flies off to the base and informs the CO where he can pick up the Nazis.

So there ya go, a different game to say the least but nonetheless a great time.  The pursuit rules really worked well.  I know the end was outta left field but we had to wrap up the game and since I just had a freshly painted Sup I decided to use him. So there ya go, a fast a furious Weird WWII chase game for ya.

Hope ya enjoyed it,
Brian
Posted by Weird WWII at 2:52 AM