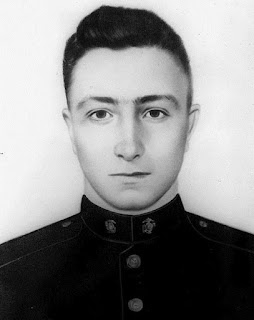 Henry Gurke
"For extraordinary heroism and courage above and beyond the call of duty while serving with the Third Marine Raider Battalion during action against the enemy Japanese Forces in the Solomon Islands area on November 9, 1943.  While his platoon was engaged in the defense of a vital road block near Empress Augusta Bay on Bougainville Island, Private First Class Gurke, in company with another Marine, was delivering a fierce stream of fire against the main vanguard of the Japanese.  Concluding from the increasing ferocity of grenade barrages that the enemy was determined to annihilate their shallow, two–man foxhole, he resorted to a bold and desperate measure for holding out despite the torrential hail of shells.  When a Japanese grenade dropped squarely into the foxhole, Private First Class Gurke, mindful that his companion manned an automatic weapon of superior fire power and therefore could provide more effective resistance, thrust him roughly aside and flushing his own body over the missile to smother the explosion.  With unswerving devotion to duty and superb valor, Private First Class Gurke sacrificed himself in order that his comrade might live to carry on the fight.  He gallantly gave his life in the service of his country." 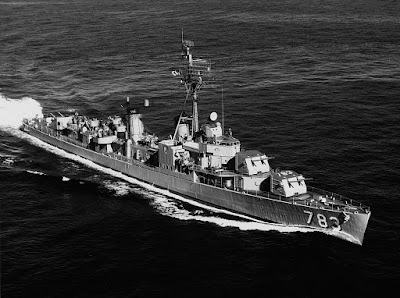