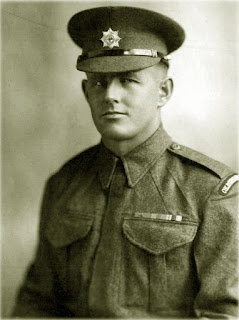 Peter Harold Wright
"In Italy on the 25th September, 1943, the 3rd Battalion, Coldstream Guards, attacked the Pagliarolli feature, a steep wooded hill near Salerno.  Before it reached the crest the right hand company was held up by heavy spandau and mortar fire and all the officers had 'become casualties.  C.S.M. Wright, seeing that his company was held up, went forward to see what could be done.  Finding that there were no officers left he immediately took charge and crawled forward by himself to see what the opposition was.  He returned with the information that three spandau posts were holding them up.  He collected a section and put it into a position where it could give covering fire.  Single-handed he then attacked each post in turn with hand grenades and bayonet and silenced each one.  He then led the company on to the crest but realized that the enemy fire made this position untenable. C.S.M. Wright therefore led them a short way down the hill and up on to the objective from a different direction.  Entirely regardless of enemy fire, which was very heavy, C.S.M. Wright then reorganized what was left of the company and placed them into position to consolidate the objective.  Soon afterwards the enemy launched a counter-attack which was successfully beaten off.  Later, with complete disregard of heavy enemy shell-fire on the area of company headquarters and the reverse slopes of the hill and of machine-gun fire from the commanding slopes on the left flank of the position, he brought up extra ammunition and distributed it to the company.  It is due to this Warrant Officer's superb disregard of the enemy's fire, his magnificent leadership and his outstanding heroism throughout the action that his battalion succeeded in capturing and maintaining its hold on this very important objective."
From CSM Wright's Victoria Cross citation, awarded on September 5, 1944.
May you be at peace,
Brian & Mel 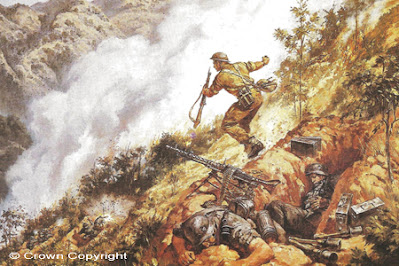 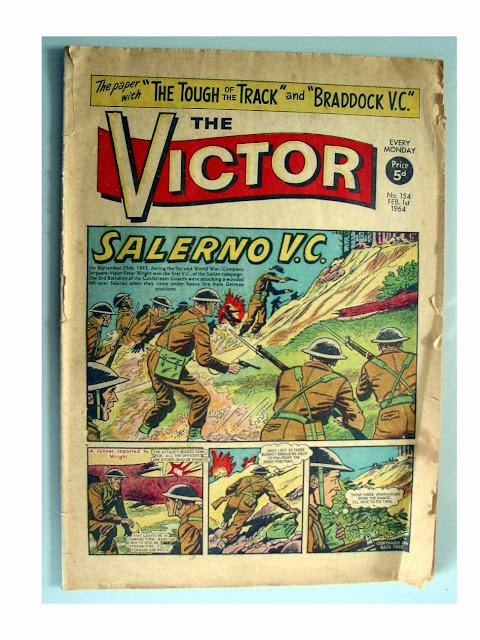 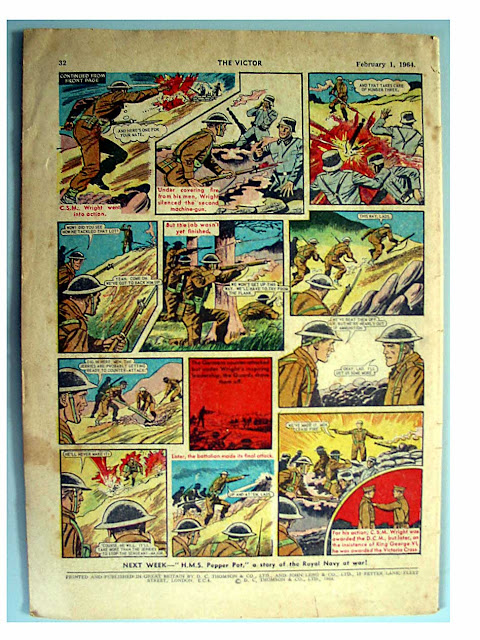 Comic of Wright's action.
Posted by Weird WWII at 12:00 AM