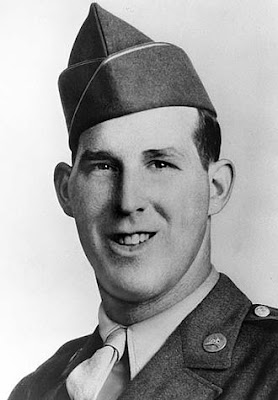 "He volunteered to assist as an aid man a company other than his own, which was suffering casualties from constant artillery fire.  He administered to the wounded and returned to his own company when a shell burst injured a number of its men.  While treating his comrades he was seriously wounded, but refused to be evacuated by litter bearers sent to relieve him.  In spite of great pain and loss of blood, he continued to administer first aid until he was too weak to stand.  Crawling from 1 patient to another, he continued his work until excessive loss of blood prevented him from moving.  He then verbally directed unskilled enlisted men in continuing the first aid for the wounded.  Still refusing assistance himself, he remained to instruct others in dressing the wounds of his comrades until he was unable to speak above a whisper and finally lapsed into unconsciousness.  The effects of his injury later caused his death.  By steadfastly remaining at the scene without regard for his own safety, Cpl. Wilson through distinguished devotion to duty and personal sacrifice helped to save the lives of at least 10 wounded men." 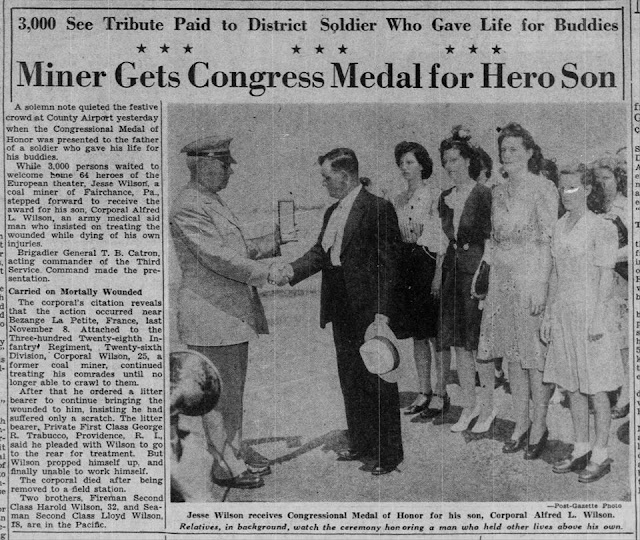