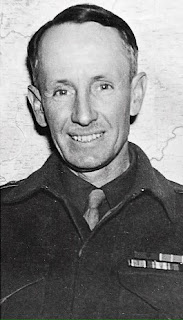 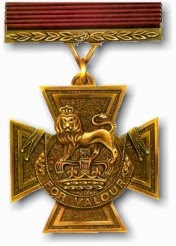 "On 3 January 1942 near Kuantan, Malaya, the Japanese made a furious attack on the battalion and a strong enemy force penetrated the position.  Lieutenant Colonel Cumming, with a small party of men, immediately led a counter-attack and although all his men became casualties and he, himself, had two bayonet wounds in the stomach he managed to restore the situation sufficiently for the major portion of the battalion and its vehicles to be withdrawn.  Later he drove in a carrier, under very heavy fire, collecting isolated detachments of his men and was again wounded.  His gallant actions helped the brigade to withdraw safely."

A true leader of men and honored ally,
Brian & Melonie
Posted by Weird WWII at 5:24 AM