"Frostbite" aka "The Creature Below" 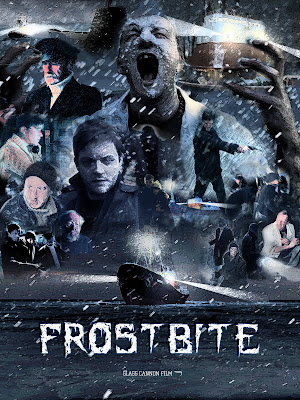 "Set in the 1960s, the Arctic research vessel Tornado is on a mission to investigate strange weather and zoological phenomenon in the North Pole.  It is there that they make a startling discovery - a submarine missing since the Second World War, buried under the ice for over 20 years.  But they soon find that what they uncovered was best left buried."  Yeah, this was shit.  It's your classic weird war troupe of discovering the whatever and it causes you all to die!  Been done a million fucking times but give the trailer a looks see and see what you think.  One of the posts on its YouTube says it looks like a point and click game and that genius hit it right outta the park!


It's a frozen solid turd!
Brian & Melonie
Posted by Weird WWII at 3:19 AM