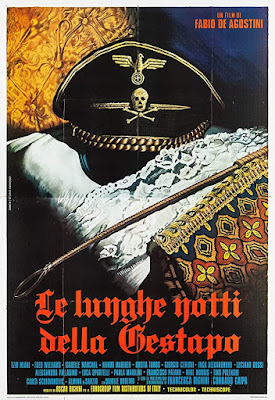 "An illustrious group of German industrialists plot to overthrow Hitler by negotiating a peace treaty with England.  Disgraced, but dedicated Nazi officer Colonel Werner von Uhland is assigned by his superiors to ferret out these deceitful dissidents and stop them before it's too late. von Uhland recruits a bunch of beautiful women to seduce these traitors and undermine their conspiracy."  Now this isn't really your normal Italian Nazi-exploitation but rather more of a WWII flick that wasn't total shit.  Give it a view and see what you think.

Not a complete waste of time,
Brian & Melonie