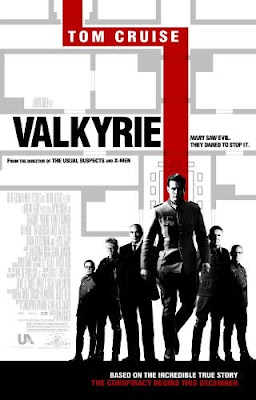 The war is going badly and the German people are suffering and it is up to a small cadre of German officers and citizens to take Germany's future into their own hands by assassinating Adolf Hitler and wrestling the Third Reich from his loyalists hands.  Can they pull off this and end the madness or will they fall to fascism like so many others?  This is a Hollywood-ised story of the assassination attempt of Hitler and the seizing of power in Germany.  It's not a bad flick and gets it pretty close, historically.  Give the trailer a go and see if it is what your into.