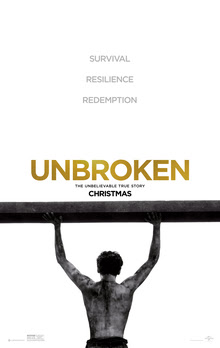 Louis "Louie" Zamperini, the ex Olympian, is now trying to survive in a Japanese POW camp after getting shot down and spending 47 days on the ocean.  Can he survive his captivity or will he become another casualty of war?  Both these flicks tell Zamperini's life story of survival and faith.  The first flick tells of his youth and then his survival during the war whereas the second is about him surviving his post-war life by finding faith and forgiveness.  The first flick is really good and the second is ok.  Both trailers are below so give them a go and see what you think.

Both worth a single viewing,
Brian & Melonie 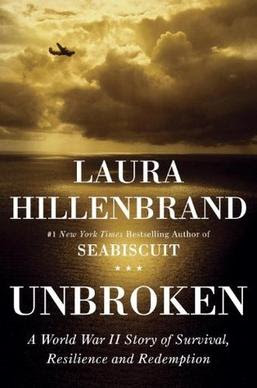 Hillenbrand's book which inspired the movies.
Posted by Weird WWII at 4:48 AM