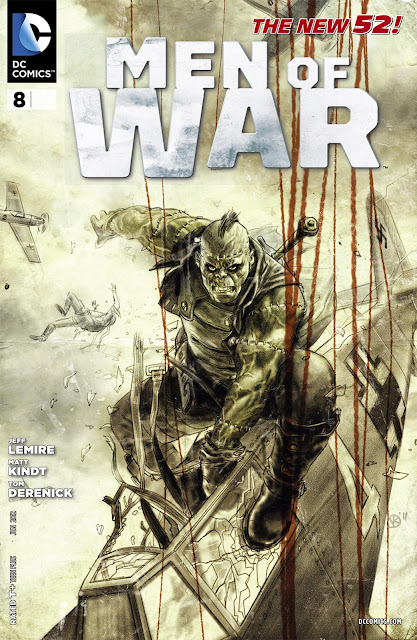 Well I'll be honest, this whole rebooting of DC's line, AGAIN, is getting old and is pretty much shit all around.  The new generation of comic creators blow in my opinion and this is just another failed attempt to revive the old with a spin of the new and it sucks.  This last issue of Men of War tells the tale of Frankenstein's monster and G.I. Robot teaming up against supernatural threats as members of the S.H.A.D.E. organization.  So in essence it's just a amalgamation of Marvel's S.H.I.E.L.D. or Black Horse's B.P.R.D. and the Creature Commandos mixed together to make a weak ass millennial mess of it all.  Anyway, its set in WWII so it fits here even if its shit so read it here or not, you won't be missing anything.