"The Man Who Killed Hitler and then the Bigfoot" 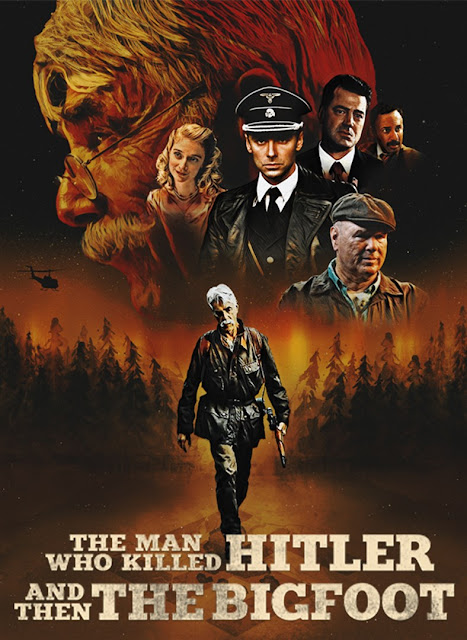 Calvin Barr is unknown to most but he is the man who was actually responsible for Hitler's death early in the war.  History holds that Hitler killed himself in '45 but Barr and only a handful of others know the truth.  Years after his deactivation from the OSS then CIA, Barr is living a quite life of haunting reflection when he is asked to return to duty to hunt down and kill the diseased Bigfoot who could bring on a new plague that could wide out the world.  Can Barr hunt down this new threat or will his age and disheartening outlook on his life lead to the world's demise?!  This is a pretty good flick with an insane premise.  It's well acted out and the script is good but I think it could have been better.  Give the trailer below a look and see what you think.

Totally worth a viewing,
Brian & Melonie