"Women in the Night" aka "When Men Are Beasts" 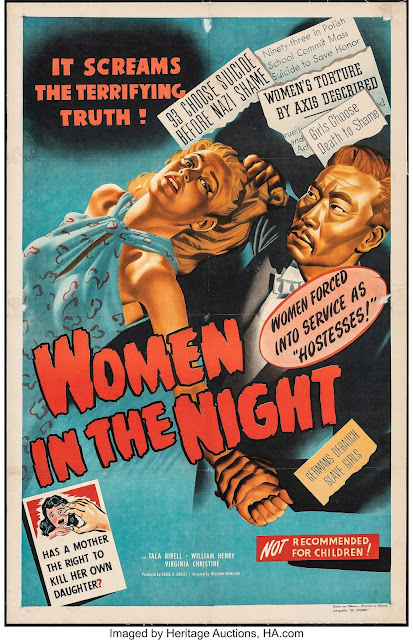 As World War II nears its end, beautiful women forced to serve as sex slaves in a German officer's club, do what they can to destroy the plans of a cosmic death ray.  Can they stop this new weapon or continued to be enslaved by the fascist's boot?!  Oh, this is great!  It's the beginning of low budget exploitation flicks acting as some kind of noble message.  So it's got cat fights, sexy chicks blowing shit up and the ladies using their feminine whiles to stick to the Axis like their sticking it to them!  Give it a go below and enjoy it.