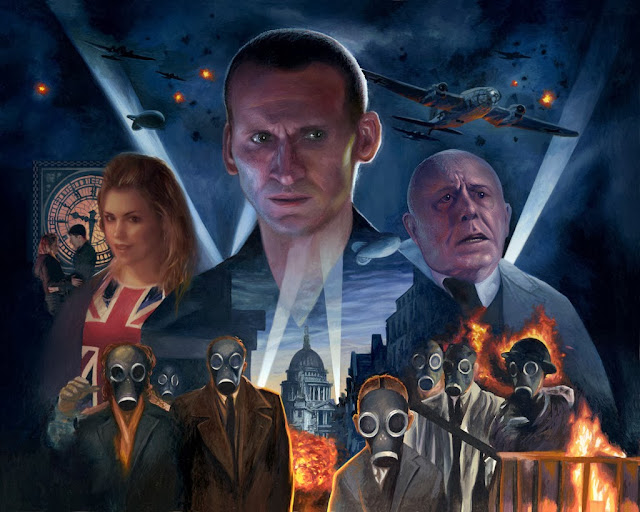 Well I'm torturing myself with a complete series watch of Dr. Who from Season 1 on and in the 27 seasons I've watched so far we find the Doctor and his companions in the WWWII on only a couple occasions.

The first instance is during "The Curse of Fenric" in which the Doctor and Ace have to stop the evil machinations of an otherworldly enemy that is bent on causing the world to die by biological warfare unwitting unleashed by the British in their bombing campaign over Germany.  Can the Doctor stop it or will the Earth die out?!

The next time we see the Doctor in WWII is in episodes "The Empty Child" and "The Doctor Dances" in where the Doctor, Rose and Captain Jack find themselves in WWII London during the Blitz running from a child in a gas mask that has supernatural powers and that can turn you into a zombie by just touching you.  Can they solve this horrific mystery or will the world see a evil worse then the Axis cover the world?! 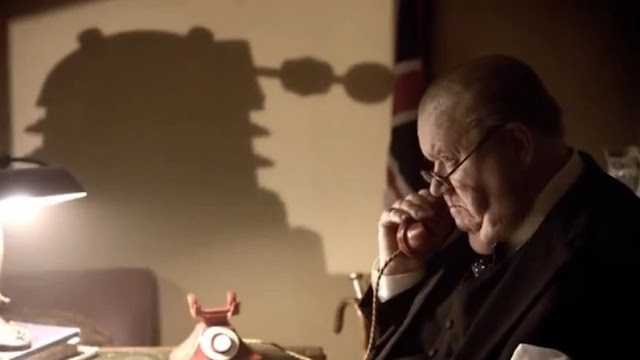 The next episode with WWII is The Beast Below with a quick call from ol' Churchill himself with an ominous shadow behind him.  This segue into the next show. 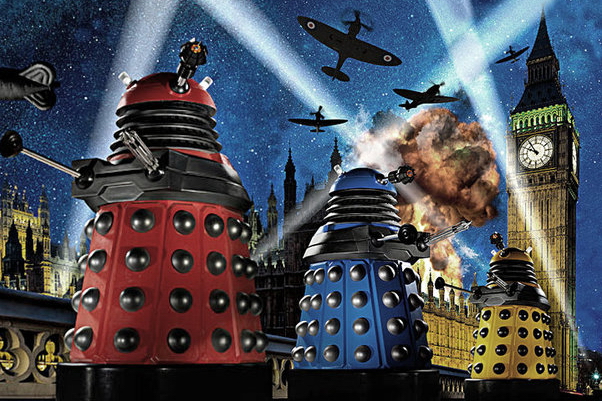 The next show,Victory of the Daleks, has the Daleks acting as new weapons, called Ironsides, being used by the Brits to repel the Nazis during the Blitz.  Can the Doc figure out what the hell is going on or will London have more trouble then the Nazis on their hands? 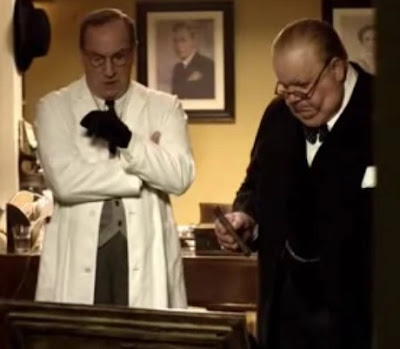 The next show is a quick scene with Churchill and Professor Edwin Bracewell looking at a painting involved with the Doctor.

The last episode set in WWII is the Christmas special, The Doctor, Widow and Wardrobe.  Now I missed this one so can't tell ya what its about so let me know.

So if you want to see the Doctor in some Weird WWII action then check 'em out!
Brian
Posted by Weird WWII at 7:39 AM