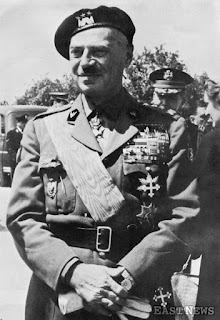 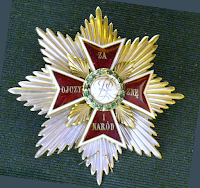 
Anders was a cavalry officer during the outbreak of war and like many units fighting against the German blitzkrieg, he retreated to the East along with what was left of his cavalry brigade.  When the Soviets invaded Eastern Poland, Anders was imprisoned and tortured by his captors.  He was then released in 1941 to command a new Polish army to fight alongside the Soviets.  Shortly after its creation, the Anders' Army would desert their Communist command and escape South through the Persian Corridor into the British-controlled Middle East.  Once reunited with the Polish government in exile in the UK, Anders' Army would form the core of the new 2nd Polish Corps that would fight extensively in the Italian Campaign.  Under his command, the 2nd Polish Corps would fight the Germans in the Battle of Monte Cassino, Battle of Ancona and Battle of Bologna.  It was under his command that the stubborn defense of Monte Cassino would finally fall.  After the war, Anders would be denied entrance to his now Soviet-controlled homeland and would live in exile in the UK for the remainder of his life.  After the collapse of Communist Poland in 1989, his citizenship and military rank were posthumously reinstated.

Another brave commander that fought against his homeland's enemies whoever they may be,
Brian 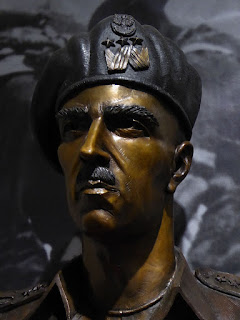 Bust at the Polish Army Museum 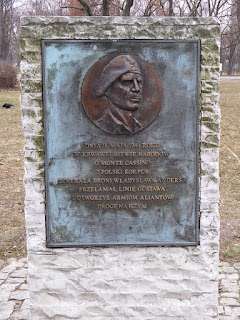 Monument to the Battle of Monte Cassino in Warsaw
Posted by Weird WWII at 7:39 AM