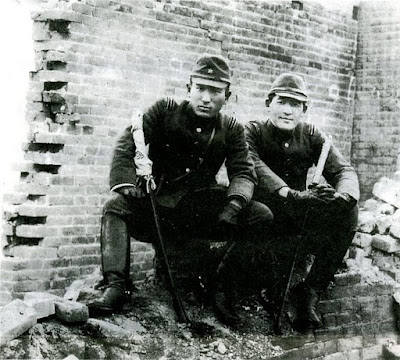 Tsuyoshi Noda & Toshiaki Mukai
The two monsters above had an contest to see who killed 100 people with their swords first during their fighting in China!  When the news of this contest got out, it hit the Jap papers with all the fanfare and excitement of an Olympic event.  The two men are said to have exceed their tallies during the Battle of Nanking and couldn't tell who got it first so they went to 150 instead.  Upon the war's end these two were captured and sent to China for some delayed justice and the fucks were executed for being the monsters they were.  Not something I would normally showcase her folks but this is what is was really like when the Japs swept over China.

As if war wasn't evil enough, that such fanfare could be had for such a thing.  Sickening.
Brian 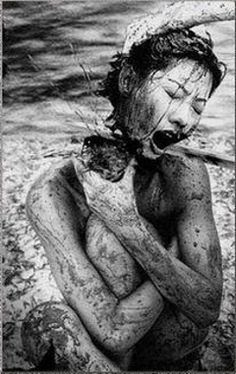 Just one Chinese mother and child butchered by the demons of the Rising Sun!  Never forget them!
Posted by Weird WWII at 11:06 AM