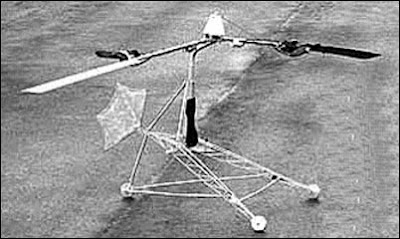 "During World War II, Bruno Nagler designed this sole prototype as a backpack portable helicopter.  Although intended for sport or commercial courier duties, the German Air Ministry funded the project for military purposes with specifications for one-hour endurance and a 31 mile operational radius.  The blade-mounted engines proved unreliable because the tremendous centrifugal forces of rotation interfered with carburation. The NR 54 V2 underwent ground testing at the end of the war, but it never flew.
The blade-mounted engines eliminated the need for a heavy and complex transmission or anti-torque tail rotor. The pilot only had two controls. One overhanging stick tilted the rotor in the desired direction, while another controlled engine RPM. The conical structure above the rotor is the fuel tank. The "strap-on" helicopter idea did not die with the NR 54 V2, and the U.S. military experimented with similar concepts in the 1950s."

Now just imagine Otto Skorzeny or Kurt Steiner and their commandos equipped with these little things.  Now that's Weird WWII at its finest!

The gaming possibilities are endless!
Brian 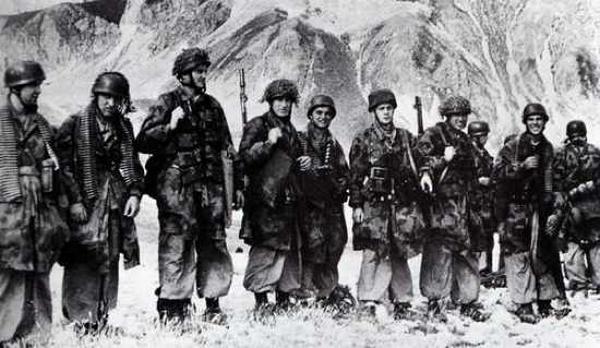 Commandos at the ready for their NR 54 V2s!!