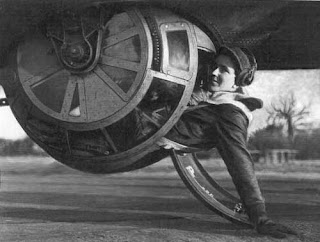 Alan Eugene Magee
On January 3 1943, Magee's B-17 was hit by enemy fire and began to spin down to earth.  Wounded and discovering his parachute was damaged, Magee decided to jump anyway to his fate and once he left the aircraft he passed out due to the altitude.  Magee would then fall 22000' and crash through the class roof of the St. Nazaire railroad station which in turn broke his fall.  Magee suffered 28 shrapnel wounds, several broken bones, severe damage to his nose and eye, lung and kidney damage and his right arm was nearly severed but he survived and was taken a POW for the remainder of the war.  Once liberated, he returned home and got his pilot's license and would work in the airline industry for the rest of his life.  On 3 January 1993, St. Nazaire honored Magee and the crew of his bomber by erecting a memorial to them and his incredible survival story. 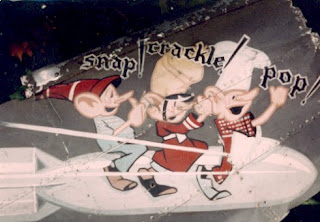 A section of Magee's aircraft at a museum in St. Nazaire, France.

Ivan Mikhailovich Chisov
In January of 1942, Chisov's Il-4 bomber was hit by enemy fire.  Jumping from his crippled aircraft, Chisov waited to open his cute to clear the dog fighting above so that a vengeful German fighter wouldn't attack him on the decent down but lost consciousnesses before he had a chance to pull the ripcord.  Chisov would then fall 23000' and land in a snowy ravine that broke his fall.  Luckily for Chisov, a Russian cavalry unit witnessed his fall and rescued him.  Chisov would suffer spinal injuries and a broken pelvis but was cleared for flying three months later.  Chisov would survive the rest of the war as an instructor and become a propagandist for the Central House of the Soviet Army. 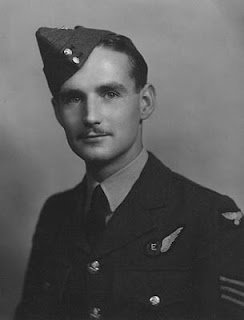 Nicholas Stephen Alkemade
On the night of 24 March 1944, Alkemade's Lancaster bomber was hit by enemy fire where it then caught fire and began to spiral out of control.  Alkemade realized his parachute was destroyed so he jumped from the aircraft without one preferring to die by impact rather than to burn to death.  He fell 18000'  to the ground below where his fall was broken by some pine trees and snow cover on the ground where he only suffered a sprained leg in the fall.  He was then captured and would be a celebrated POW for the remainder of the war.  After the war he returned home and worked in the chemical industry until his death. 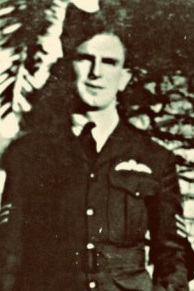 Joseph B. Herman
On the night of November 4 1944, Herman's Halifax bomber was hit by enemy fire and began to burn.  The order to bail out was given but before Herman was able to retrieve his chute, the aircraft exploded throwing him clear into the wild blue yonder.  Falling 12000' while conscious he felt an incredible impact against him which he instinctively grabbed onto whatever it was!  To his surprise it was one of his fellow crewman, Flying Officer John Vivash.  The two men spoke,
“Hello, is someone there?” Vivash asked.
“Just me, Joe,” said Herman.
“Oh.”  Vivash replied.
And with that, the two men floated down to the ground below with Vivash's parachute.  Upon landing, Herman would suffer several broken rips where his comrade accidentally landed on his chest when they hit the ground but other then that the two survived that incredible feat!  The two would then become POWs.  At war's end, Herman would return home and become a crop duster until his death.  Unfortunately, John Vavash was executed later that night while a prisoner, along with two other survivors of the aircraft, proving yet again how lucky Herman really was that night in 1944.

Well there ya go folks, some crazy ass real life stories of lucky bastards in the combat of WWII!
Brian