"Soldiers of the Dammed" 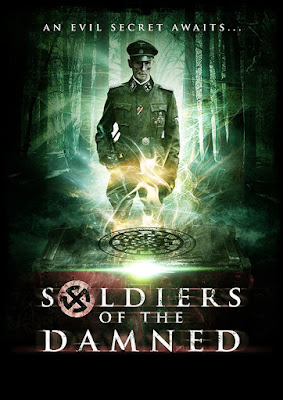 It’s the Eastern Front, 1944. The Russians are pushing the German Army back through Romania. Major Kurt Fleischer, war-weary commander of an elite troop of German soldiers, is ordered to escort a female scientist into a mysterious forest behind enemy lines to retrieve an ancient relic. As his men begin to disappear in strange circumstances Fleischer realizes that the scientist is part of Himmler’s occult department and there is something in the forest that is far more deadly than the Russians.  Now I haven't seen this one yet but it looks pretty good from the trailer.  Check out the trailer below and see what you think. 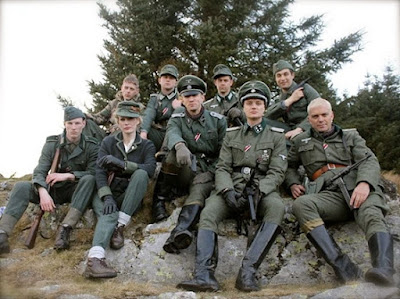 These guys are screwed!!


FOLLOW UP
Well I finally saw this and although it, like so many before it, has a lot of potential it fell flat!  Still it might be worth a once over to see whats what.
Posted by Weird WWII at 8:27 AM