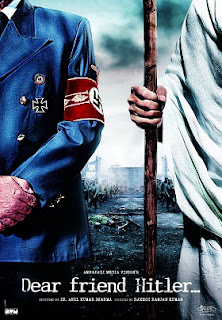 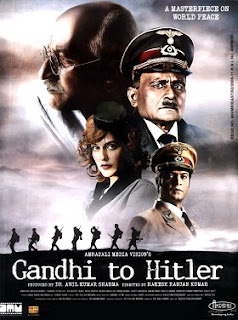 Now this is suppose to be a serious film that follows Gandhi and Hitler and a few other characters during both men's lives.   The critics kicked it to shit but I think the attempt was meant to give honor to Gandhi's nonviolence movement against Hitler's policy of genocide.  So if you are so inclined, check it out but I think I can pretty much get the idea without wasting the time.


You haven't see Hitler until you see him as an Indian!  Classic Weird WWII without meaning to be.
Brian 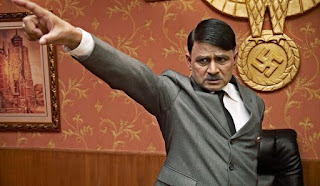