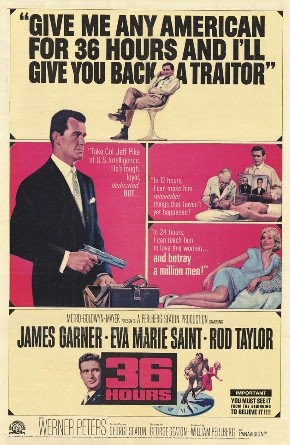 An American spy is captured by the Germans in neutral Spain and is then sent back to Germany for interrogation.  But what makes this interrogation so special is that it involves a Nazi camp made up to look like an American one right down to the English speaking patients and doctors.  Can the Nazis trick the American to let slip the plans for the upcoming invasion of Europe or will he discover the truth in time and turn the tables on his captures?  This is really a pretty good flick with a great idea.  Not to much action but its still pretty good and worth a viewing.  Check out the trailer and see what you think.

Them Ratzis were a sneaky bunch!
Brian
Posted by Weird WWII at 9:37 AM