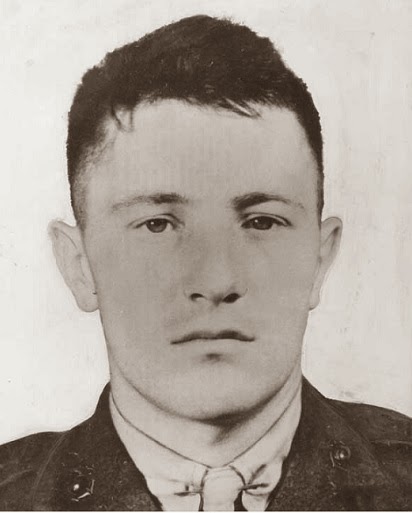 "For conspicuous gallantry and intrepidity at the risk of his life above and beyond the call of duty while serving with the 4th Marine Division during action against enemy Japanese forces on Roi Island, Kwajalein Atoll, Marshall Islands, February 1, 1944. Entering a shell crater occupied by three other Marines, Private First Class Anderson was preparing to throw a grenade at an enemy position when it slipped from his hands and rolled toward the men at the bottom of the hole. With insufficient time to retrieve the armed weapon and throw it, Private First Class Anderson fearlessly chose to sacrifice himself and save his companions by hurling his body upon the grenade and taking the full impact of the explosion. His personal valor and exceptional spirit of loyalty in the face of almost certain death were in keeping with the highest traditions of the United States Naval Service. He gallantly gave his life for his country."

Thank you for your service and may you be at peace,
Brian
Posted by Weird WWII at 8:04 AM