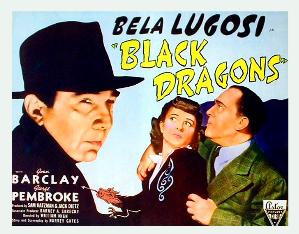 A shady doctor is hired by an Axis spy ring to alter the faces of their agents to resemble prominent American leaders.  Once the job is done the doctor's life is in danger by the very men he helped.  Now, can the doctor survive to exact his revenge or will the Black Dragons be triumphant?!  This is a pretty cool idea of a flick but its low budget and mediocre acting gets it nowhere like so many other Weird WWII flicks.  Check out the flick below and see whats the hub-bub, bub.