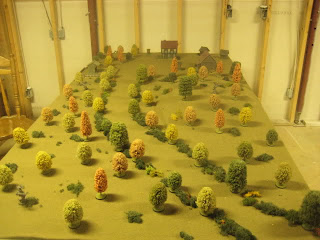 The pre-battle battlefield.  The games starts at Midnight during a heavy thunderstorm.  All night rules are in play and because of the heavy rainfall and thunder, sound is reduced by 1/4 the normal distance. 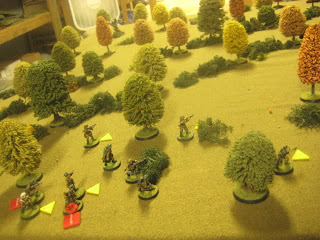 Our battle begins shortly after a massive Allied barrage threw a German patrol off course and now they are attempting to make it back to their lines.  Because of the darkness, rain and the injury of two of the men from the barrage, the going is slow. 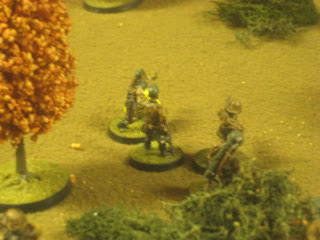 The CO sends out a couple point men to try and locate a farm road that should be close to their position. 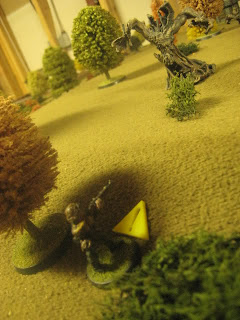 One of the point men slowly crests a hill and sees nothing but trees.  But as he looks down to make sure he has his footing, he is impaled by several spear-like branches.  The German goes lifeless and the tentacle-like branches throw him down the hill from whence he came. 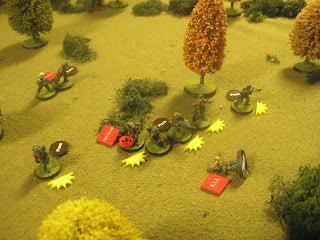 The squad is horrified as they see their comrade land in the muck at their feet, lifeless and covered in gore.  The men ready their weapons and open fire into the darkness in hopes of returning the favor to the ones who killed their friend. 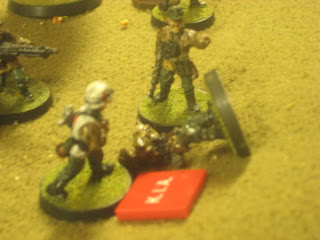 The medic heads up to check on the dead man just as the forest is filled strange sounds of what seemed like rustling trees and something kind of groaning never heard before.  The men become spooked and the CO orders the men to prepare a 360-degree defensive line. 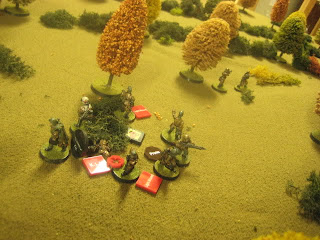 The Germans dig in and look for any sighs of the enemy.  After a short time and the halt of the strange sounds, the CO orders out a couple men to locate the road. 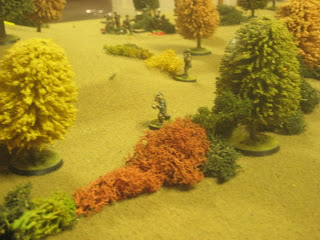 The point men locate the small dirt road and relay it back to the squad. 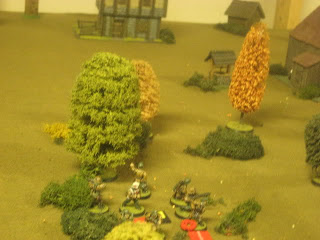 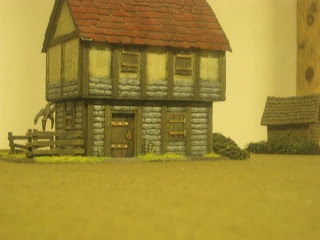 The squad come onto a small farm at the end of the road.  The farm is deathly silent and still.  Then another sound is heard that makes the men's blood run cold!  The CO gives his orders and they are off to the form house for refuge from the storm and protection from whatever else is out their with them. 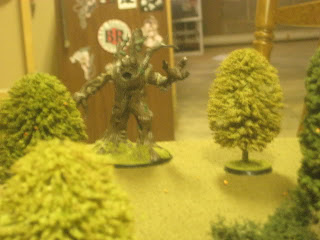 Out in the darkness something huge, ancient and frenzied is on the move to take care of the unwanted Germans. 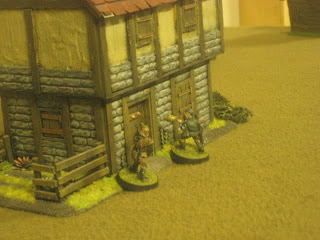 The Germans take up covering positions and the two point men run across the open ground to the farm house.  The door is open and they enter only to discover the house empty.  They then signal for the rest of the men to head over. 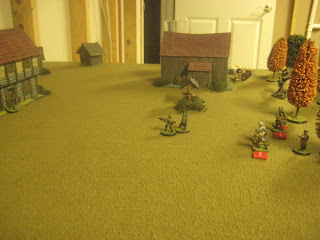 The rest of the men begin to close the open yard in pairs.  Once in the house they set up cover for the other in the woods. 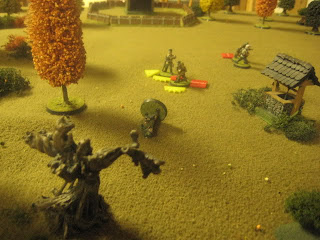 As the last of the men make their way across the yard, one is violently pulled into the darkness.  The other two men flash their flashlight to see what looked like and old tree moving as if it were alive pulling the man in as if a fish within its tangle vines and roots.  The men open up on the monstrosity to no avail and their comrade disappears into the darkness never to be seen from again. 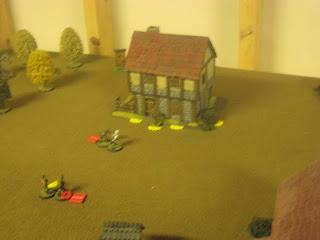 The Germans in the house open up in all directions giving the men in the yard covering fire from whatever might be in the darkness. 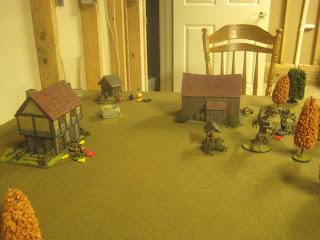 As the last two men enter the house, the other see a huge shadow emerge from the woods heading their way.  Suddenly, a lighting bolt illuminates the woods and what they see before them is none other then some kind of walking tree monstrosity! 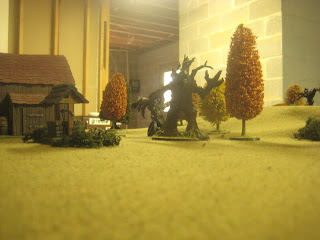 "FIRE!  FIRE!" screams the CO as he slams the door close.  The men open up on the tree with everything they got.  The bullets rip limb, vine and bark apart but the monster continues its charge. 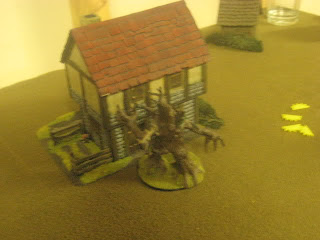 The rushing treeman smashes into the farm house, causing the Germans to recoil back into the interior.  The Germans hunker down as the treeman continues his supernatural assault.  "That thing is going to bring this house down if we don't do something!" screams one of the men inside as the house begins to crumble around them. 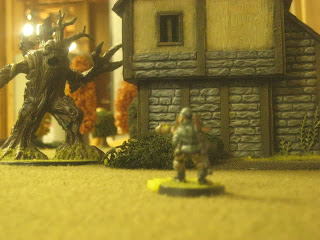 Suddenly, the assistant squad leader hops up and grabs a panzerfaust 100 and climbs out of the window.  The German runs out and takes aim at the rampaging creature. 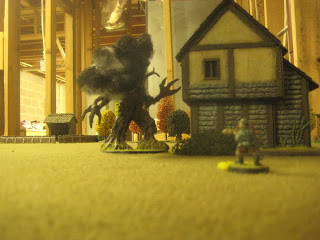 The rocket flies straight and true and explodes against the creatures face. 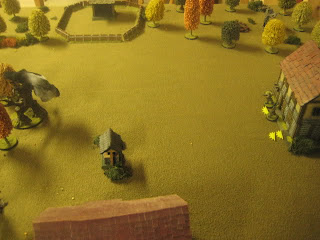 The creature runs off back into the darkness screeching at its injury as the Germans add to its pain with a fusillade of fire to its back.  "That thing won't be coming back around!" boasts one of the men as he reloads his weapon. 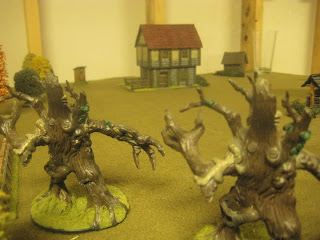 "Now all we gotta do is sit back and relax until daybreak and then get outta this place." says the CO.  But unknown to the Germans inside, their night has only just began.

So there ya go, another Weird WWII battle report to get ya going.  Hope you enjoyed it.