PzKpfw I Ausf A 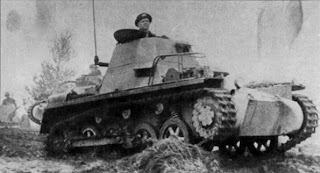 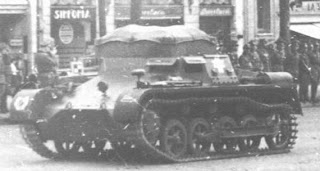 Munitionsschlepper auf PzKpfw I Ausf A 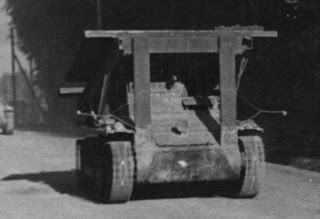 Brükenleger auf PzKpfw I Ausf A 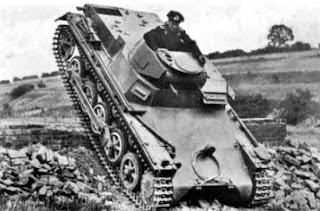 PzKpfw I Ausf B 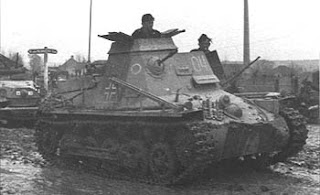 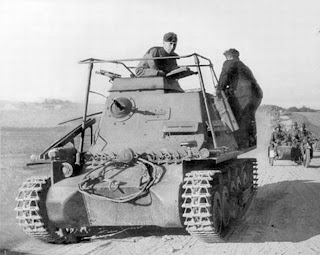 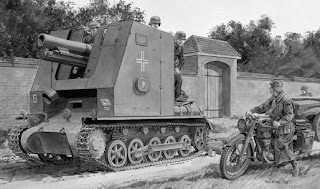 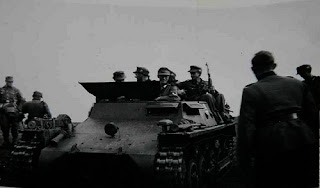 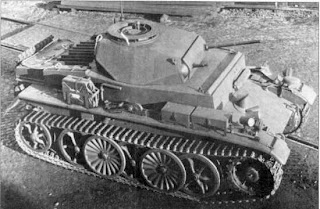 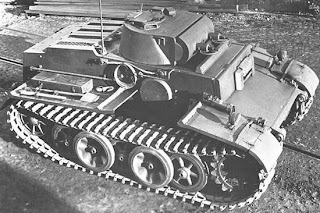 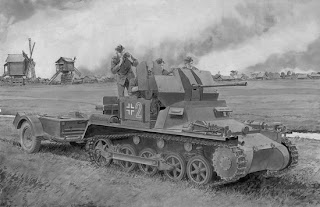 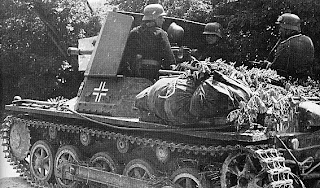 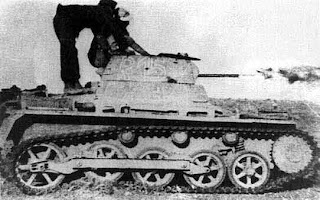 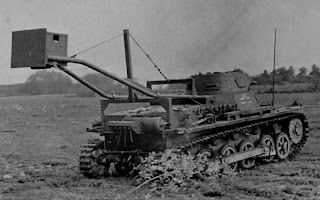 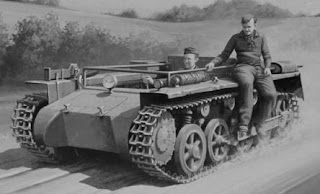 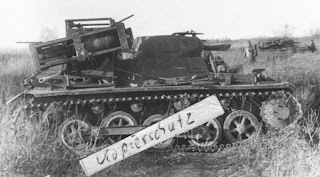 PzKpfw I Ausf B w/Wurfrahmen 40 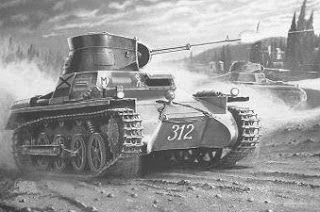 Spanish PzKpfw I Ausf A "Breda" 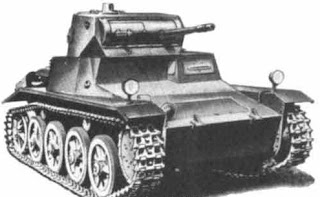 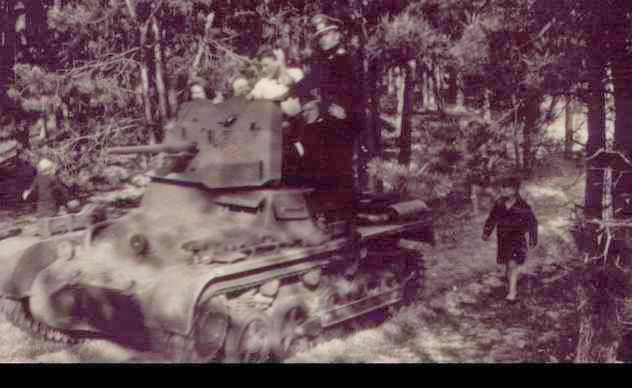 Unarmored Ammo Storage:  Because of the Panzerjäger I's make-shift ammo storage, it is prone to catching fire if penetrated.  Penetration Effects are at a -1 to the Vehicle Effects Chart.
Ausf B w/Wurfrahmen 40:  Several Ausf B models were converted into make-shift rocket launchers with duel Wurfrahmen 40 mounted to the rear hull.  The tank will act as normal with the exception that it will not be able to traverse its turret to its rear 180-degrees.  Also, any incoming fire to locations that would have the Wurfrahmen 40 rocket covering it will detonate it on an additional roll of 5 or less.  Count the Wurfrahmen 40 as ablative armor that ruins the first AP shot to that location but any subsequent shot will be as normal.
Spanish Breda Panzer:  This field modification upgraded the vehicle's hull machine guns to a single Breda 20mm autocannon with a single co-aux machine gun.  This upgrade gave the PzKpfw I a bit more punch against most targets.  Even though the weapon was a much appreciated upgrade, the way in which the commander aimed and fired it wasn't.  The vehicle's commander used a small opening in the turret that they used to aim at the target.  Well as anyone knows, an opening in the vehicle allows for enemy fire to hit the crew and that just sucks.  Because of this, any shots towards the Breda's turret front will roll for locations.  If the incoming fire hits the 18 location the commander will be hit by the incoming fire on an additional 5 or less if a projectile.  If the incoming round is a blast then the commander will get hit by it on a 15 or less.  All normal modifiers are in affect to any fire taken in this manner.  This modification has an Availability of 5 or less to Spanish used PzKpfw I Ausf Bs only.
Bulgarian Leichte Kampfwagen B:  In the Mid 30s, the Germans intended to sell Bulgaria a modified model of the Ausf B with a 20mm autocannon and new engine but after 3 where built the project fell through.  Since this is WWWII, you arm them Bulgarians with as many as you want!
PaK 35/36 Modification:  This model of the PzKpfw I was intended to be used for training purposes but since this is WWWII you can field it however you want.  The gun has a 90-degree field of fire to the front.  The gun's crew is also protected by the gun's gun shield as normal.  The PaK 35/36 is capable of firing AP, HE, APCR and the Stielgranate 41 HEAT shell.  The APCR round has an Availability of 8 or less with D6 rounds available and the Availability of the Stielgranate 41 is a 4 or less with D4 shells available.

Stielgranate 41:  The Stielgranate 41 has an AP of 39 and because of the size of the round, it will have a bonus of -2 to all rolls on the Penetration Effects Chart.   The round is a HEAT round with all normal rules applied for such weapons and will produce a Medium HE Template with the minus of the G ring.  It takes the crew 2 actions to load a Stielgranate 41.  The round is placed into the front of the weapon's barrel similar to that of a rifle grenade.  When fired, the Stielgranate will ignore the main gun concussion rules.
Wargaming Piece:  Not sure of the PzKpfw I stuff in 1/48 so just do some Google-Fu and see what ya find.