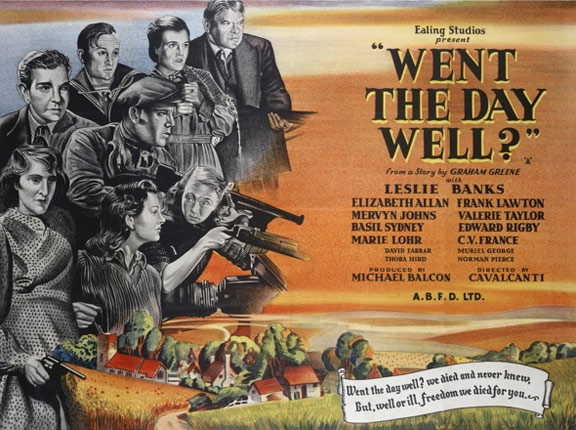 The quiet town of Bramley End welcomes a unit of British troops on maneuvers with open arms but soon discovers too their horror that these troops are actually German commandos sent as the vanguard of an impending full-scale invasion.  Can the citizens of Bramley End defend their homes or will they become the first to be conquered by the Nazi's invasion of their homeland?!  This WWII era flick is AWESOME and a great piece of patriotic cinema of the time.  I could imagine this striking a cord with the British folks with the actual fear of possible invasion and constant terror of bombings from V1 and V2 attacks.  This is a must for any proud Brit or Weird WWII fan so check out the trailer and see what you think.


It's the original Red Dawn and The Eagle Has Landed,
Brian
Posted by Weird WWII at 6:00 AM