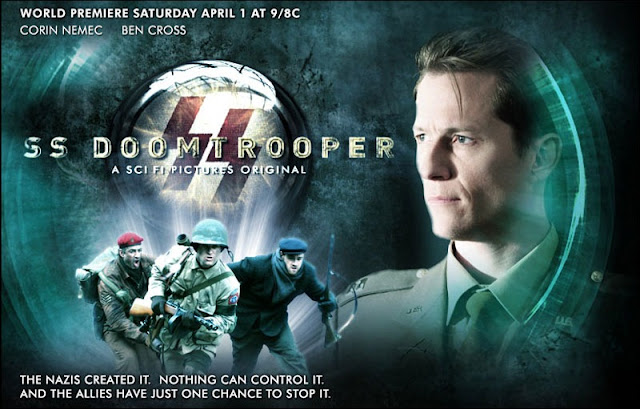 The Nazis have created a new weapon that mutates its troops into huge hulking killing machines.  Can the Allies put this new threat down or will this be the linchpin in the Nazi's plan to dominate the world?  This Sci-Fi Channel original is considered one of the worst but well known WWWII flicks out to date.  Again, the story seems like it could be fun but the acting, script, production and most of all the FX make this one a steaming pile of shit.  Although its shit, anyone who loves WWWII should give it a gander to see how you shouldn't make a flick.  I couldn't find an English commercial or trailer for it so consider yourself lucky.