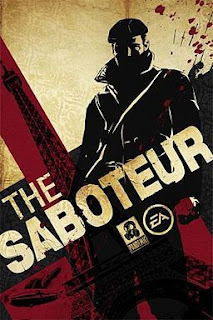 Irish ex-patriot Sean Devlin finds himself fighting the Boche in occupied Paris.  With help from the SOE and French Resistance, Sean proceeds to sabotage, assassinate and destroy as much as he can to get to the German officer who was responsible for his friend's death.  Can Sean find revenge and stick it to the Germans at the same time or will he end is days in a SD interrogation room?  The main character is based on the real life WWII Allied secret agent, William Grover-Williams.  Williams, like his fictional character in the game, was involved with Grand Prix racing before the war.  This is a big part of the fictional storyline in the game with Sean and the main villain, Col. Kurt Dierker.  This is a great free range game that allows you to roam all over wartime Paris.  Just think, Grand Theft Auto in WWII and your pretty close.  The best part of the game is that your hideout is in a swinging brothel and the ladies love Sean.  In fact, there is an upload that lets you unlock some fully nude brothel stuff so race out to the nearest Game Stop or eBay and pick this gem up on the cheap.

Nothin' better then brothels, bullets and dead Nazis!
Brian
Posted by Weird WWII at 12:41 AM