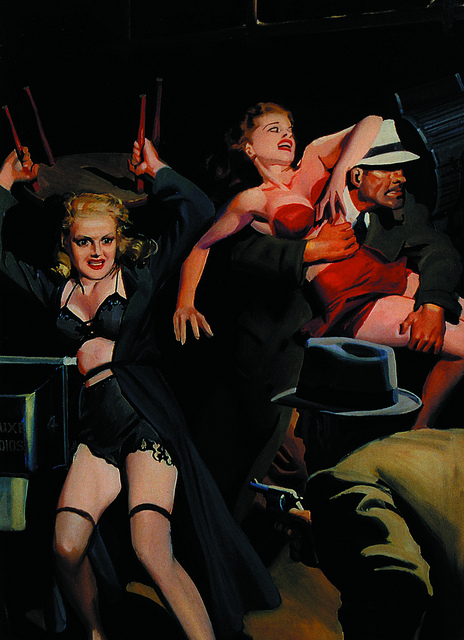 Hugh Joseph Ward started his pulp career in the early 30s and would soon became a freelancer working for numerous genera magazines and book covers.  When WWII broke out, H. J. was drafted and in 1943 he reported for duty.  It was at this time he discovered that he had an advanced case of cancer.  This incredible artist died in 1945 at the age of 35 but left behind some of pulp's greatest works.  Do some Google-Fu and see what this short-lived master of the pen and brush gave us before his death.

One of my favorites,
Brian
Posted by Weird WWII at 11:50 AM

Email ThisBlogThis!Share to TwitterShare to FacebookShare to Pinterest
Labels: art