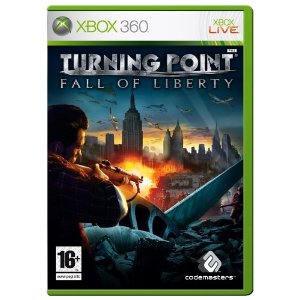 An average Joe is thrust into a life and death struggle against an all out invasion of America by Nazi forces.  It is up to you to to resists and repulse the fascists now on American soil by all means possible.  This is a pretty cool FPS set in an alternative 1953 where the Germans have conquered Europe and North Africa and are now taking their chances to do the same over here.  Although not cutting edge in game engine or graphics, its still a pretty sweet way to blow to shit all those paper panzers and Nazi super-tech that makes WWWII so cool.  So if you are looking for a light game with lots of killing then this a must for any WWWII fan.  Check out the trailer and see what you think.

Eat lead Ratzi,
Brian
Posted by Weird WWII at 10:55 AM