"A Frolic in the Woods" 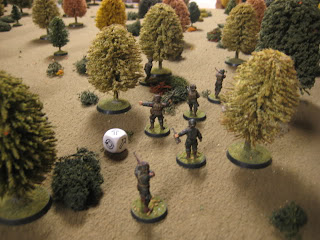 The pre-battle table.  My wife and I played a game a while back where a squad of US paras go up against an ancient forest and its protectors.  A squad of US paratroopers are making their way back to their lines through a thick forest but what they don't know is that someone is watching them with vengeful eyes.  We littered the forest with random tree-things (which are treemen but they cannot uproot and move) and then rolled randomly to see in what direction I needed to travel to get to my HQ.  It is overcast with a light breeze and at night with all night rules in play.  The entire forest is considered heavy woods with all modifiers in play. 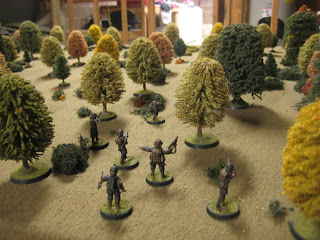 The tired paras make their way through the pitch black forest.  They move with no flashlights on because there are reports of possible German patrols in the area. 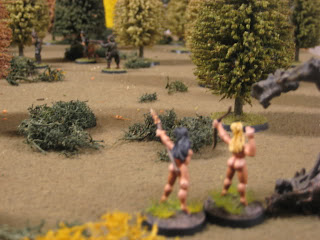 As the paras move cautiously through the forest, they are tracked by supernatural eyes.  The nymphs move silently through their home to dispatch the human intruders. 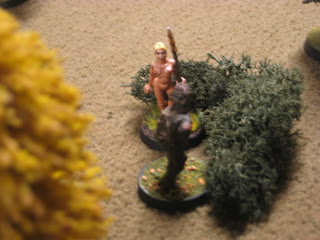 The para on point hears something move up ahead in the darkness and motions the squad to stop.  He moves to investigate and is stunned when a naked woman appears out of the darkness.  Unfortunately, he didn't notice the razor sharp spear in her hands. 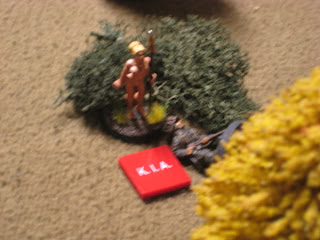 Before he could react, the nymph thrusts her spear into the para's heart killing him instantly without a sound. 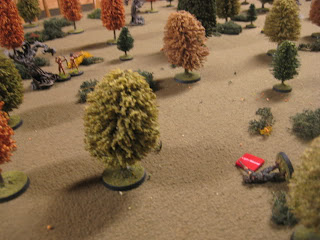 Then suddenly, a para screams out as he is struck in the leg with an arrow.  Another arrow narrowly misses his chest as he falls wounded to the ground clutching his leg. 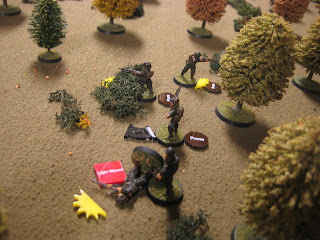 The paras hit the deck and open up blindly in all directions in hopes of hitting their unseen attackers.  The RO crawls over to help out his wounded pal. 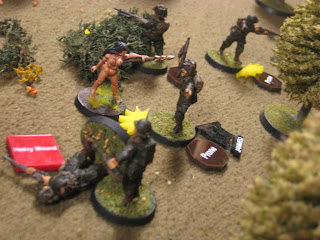 Just as the Sarge's Thompson jams, another nymph appears out of the shadows wielding a spear aimed right at his throat. 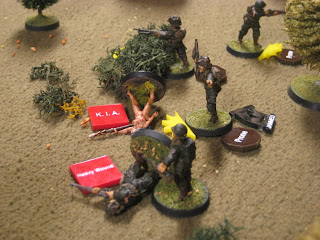 The Sarge quickly pulls out his 1911 and empties a full magazine into the beautiful but deadly threat before him.  The nymph falls limp on top of him. 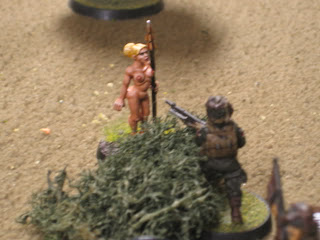 The nymph that killed the squad's point man stealthily approaches the BAR gunner and readies for another lethal strike. 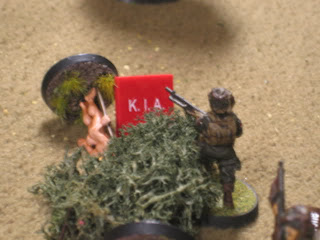 But before the nymph can follow through, the BAR gunner swings his fire over her and rips her apart.  She slides across the forest floor spraying gore all over the BAR gunner. 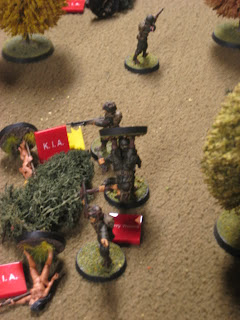 The RO puts the wounded para on his back and they move out while the Sarge and BAR gunner open up and spraying the forest with lead. 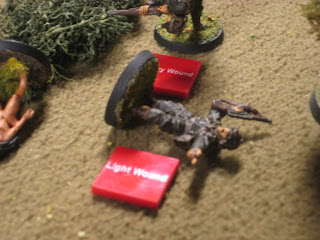 Then suddenly, the Sarge is struck in the shoulder with an arrow and he falls to the ground cursing! 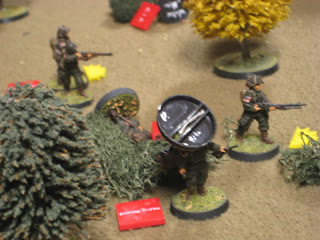 The RO yells back that the point man is dead and continues to move with his wounded pal through the darkness.  Another para yanks up the Sarge and they move out with both of them firing blindly at their unseen attackers. 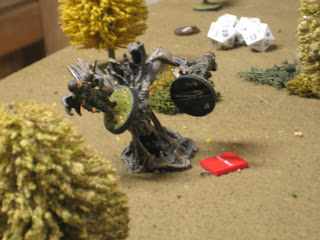 The RO and his pal on his back see the treeline just ahead but before they can exit the forest, they are grabbed by two monstrous hands. 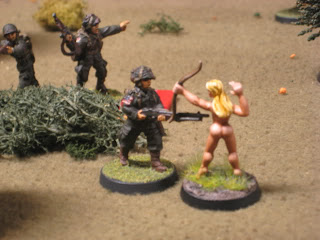 The BAR gunner covers his squad mates escape with sustained fire from his weapon. 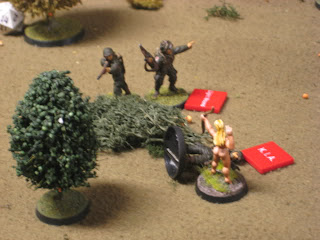 But he is struck dead from a nymph's dagger as he reloads. 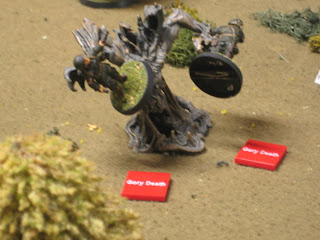 The RO and the wounded para struggle to get free from within the tree-thing's grasp but are squished to death by its mighty hands. 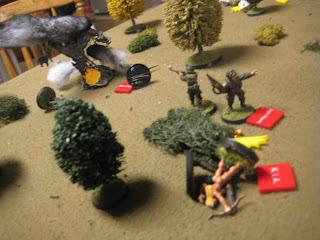 The Sarge witnesses the BAR gunner's death and returns the favor onto his attacker with a full magazine of .45cal lead.  The nymph becomes a unrecognized piece of bloody meat and flops to the leafy forest floor.  The other para hears his friends screams and just comes into view when they are squished by the tree-thing.  Terrified, he grabs his only grenade and throws it at the withering monster.  The Willy Pete explodes against the tree-thing and ignites it instantly.  The screaming monster withers in agony as it is quickly consumed by flames.  The monstrosity screams cease and it becomes a limp funeral pyre lighting the surviving paras path to exit the woods. 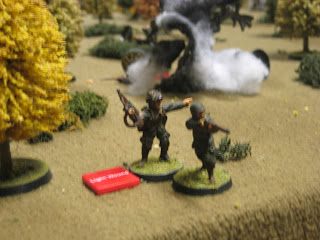 Just before they exit the woods, the two surviving paras hear an unnatural screech emanate from within the darkness behind them.  Then to their horror it is answered by another screech in response and then another and then another.  The cacophony drive the men to flee as fast as possible for the perceived safety of their own lines, deep within the woods on the other side of the field they are now running in.  What they don't realize is that the sounds are not only behind them but also within the forest they are headed and within it unnatural creatures wait for their revenge.  Well, technically I won that one with my missions to exit the forest with any survivors but I don't think those guys are going to make to much longer.