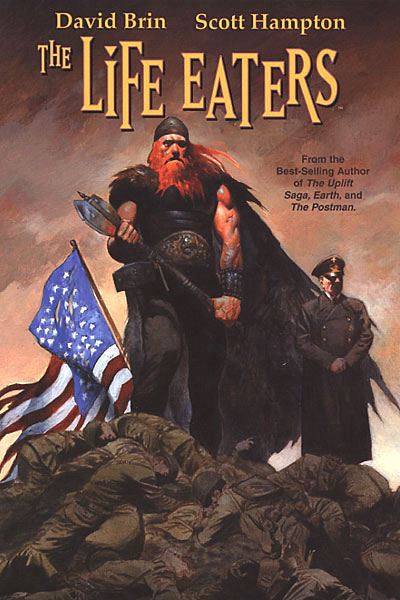 The world changed forever when the Norse Gods appeared and took up arms along with their Nazi allies.  Whole nations fell under their supernatural might and the last of Earth's freedom loving peoples have sent a last ditch suicide commando raid to assault the Nazis savior's stronghold.  Will freedom's champions defeat these supernatural foes or will they fail and see the world held prisoner by the armies of the crooked cross?  David Brin has written a great "What If" where the Norse Gods themselves along with other deities of Earth's religions over time have materialized to fight each other and humanity for dominance of the Earth.  Scott Hampton's art is dark and moody and really shows the desperation for a world under the boot of supernatural fascists.  This Wildstorm graphic novel is a fresh take on the whole "What If" WWII fiction and should be enjoyed by most who are interest in the Superhero/Weird WWII genera.  Read the full story here. 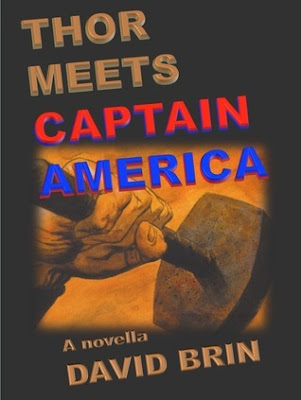 The novel by David Brin in which the comic was inspired by.
Posted by Weird WWII at 7:12 PM