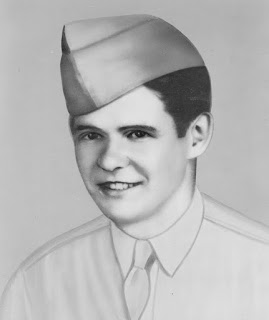 Joseph Frederick Merrell
"He made a gallant, 1-man attack against vastly superior enemy forces near Lohe, Germany.  His unit, attempting a quick conquest of hostile hill positions that would open the route to Nuremberg before the enemy could organize his defense of that city, was pinned down by brutal fire from rifles, machine pistols, and 2 heavy machine guns.  Entirely on his own initiative, Pvt. Merrell began a single-handed assault.  He ran 100 yards through concentrated fire, barely escaping death at each stride, and at point blank range engaged 4 German machine pistol men with his rifle, killing all of them while their bullets ripped his uniform.  As he started forward again, his rifle was smashed by a sniper's bullet, leaving him armed only with 3 grenades.  But he did not hesitate.  He zigzagged 200 yards through a hail of bullets to within 10 yards of the first machine gun, where he hurled 2 grenades and then rushed the position, ready to fight with his bare hands if necessary.  In the emplacement, he seized a Luger pistol and killed the Germans that had survived the grenade blast.  Rearmed, he crawled toward the second machine gun located 30 yards away, killing 4 Germans in camouflaged foxholes on the way, but himself receiving a critical wound in the abdomen.  And yet he went on, staggering, bleeding, disregarding bullets that tore through the folds of his clothing and glanced off his helmet.  He threw his last grenade into the machine gun nest and stumbled on to wipe out the crew.  He had completed this self-appointed task when a machine pistol burst killed him instantly.  In his spectacular 1-man attack, Pvt. Merrell killed 6 Germans in the first machine gun emplacement, 7 in the next, and an additional 10 infantrymen who were astride his path to the weapons that would have decimated his unit had he not assumed the burden of the assault and stormed the enemy positions with utter fearlessness, intrepidity of the highest order, and a willingness to sacrifice his own life so that his comrades could go on to victory."
From Pvt. Merrell's Medal of Honor citation, awarded on February 26, 1946.
A total bad ass in every sense of the phrase!
Brian 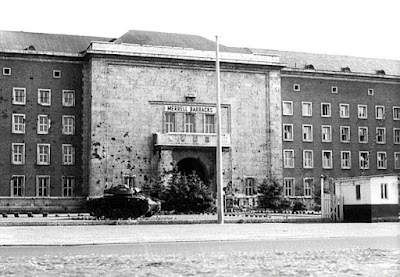 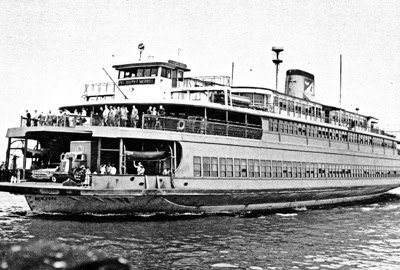 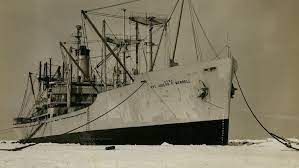 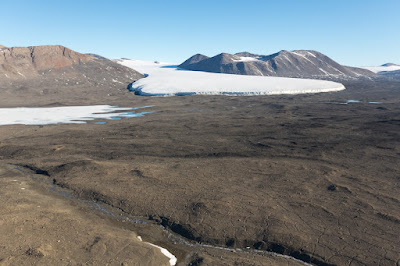 Merrell Valley, Antarctica
Posted by Weird WWII at 4:23 AM