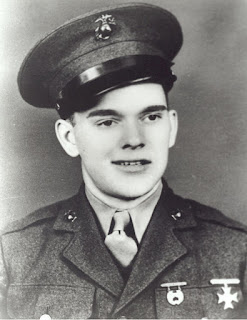 Leonard Foster Mason
"For conspicuous gallantry and intrepidity at the risk of his life above and beyond the call of duty as an automatic rifleman serving with the 2d Battalion, 3d Marines, 3d Marine Division, in action against enemy Japanese forces on the Asan-Adelup Beachhead, Guam, Marianas Islands on 22 July 1944. Suddenly taken under fire by 2 enemy machine guns not more than 15 yards away while clearing out hostile positions holding up the advance of his platoon through a narrow gully, Pfc. Mason, alone and entirely on his own initiative, climbed out of the gully and moved parallel to it toward the rear of the enemy position.  Although fired upon immediately by hostile riflemen from a higher position and wounded repeatedly in the arm and shoulder, Pfc. Mason grimly pressed forward and had just reached his objective when hit again by a burst of enemy machine gun fire, causing a critical wound to which he later succumbed.  With valiant disregard for his own peril, he persevered, clearing out the hostile position, killing 5 Japanese, wounding another and then rejoining his platoon to report the results of his action before consenting to be evacuated.  His exceptionally heroic act in the face of almost certain death enabled his platoon to accomplish its mission and reflects the highest credit upon Pfc. Mason and the U.S. Naval Service.  He gallantly gave his life for his country."
From PFC Mason's Medal of Honor citation, awarded in 1945.
May you be at peace,
Brian 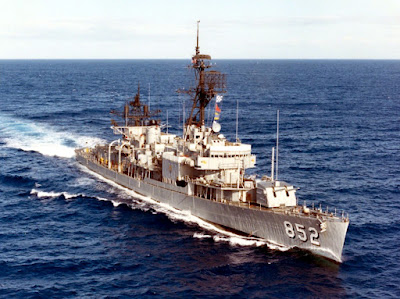