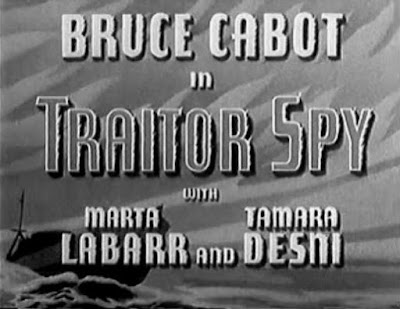 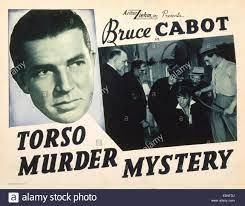 "Ted Healey, a British man, is employed in a factory which makes anti-submarine patrol boats fitted with a secret torpedo device.  Healy is in the pat of the German Secret Service and his wife, Freyda, constantly reproaches him for treachery to his country.  He promises her as soon as he has made his fortune, he will stop his spy activities.  He refuses to turn over the pictures he has taken of the blueprints to Lemnel, head of the Nazi spies, until he has been paid 5000 Pounds.  The Nazis have a plan to get the pictures and dispose of Healey and he takes a bit of drastic action of his own.  He kills a man of his own build, decapitates and mutilates the body and plants papers on the torso to make the Germans and the British Intelligence assume he is dead.  But both discover he is still alive and set traps for him. The Brit trap is a beautiful British agent, Maria Dufreyne, who meets Healey and gains his confidence.  Gaining his confidence leads to a series of embraces between Maria and Healey, and when the British agents show the pictures to Freyda she is somewhat incensed about her husband's infidelity...and the Germans are also closing in."  Now I haven't seen this one yet so if you have let us know what it's like.
Sounds good,
Brian
Posted by Weird WWII at 6:01 AM