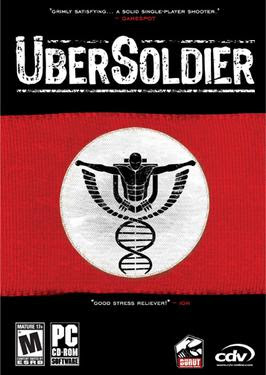 "ÜberSoldier follows the journey of the fictitious Karl Stolz, a German soldier who has, through the process of being killed in duty, then being resurrected, and thus acquired supernatural powers which aid him in combat.   Just before he was indoctrinated by the Nazis, a member of the German Resistance rescued him and effectively changed his loyalties.  Karl Stolz now became the ÜberSoldier of the German Resistance helping them destroy the "ÜberSoldier fabrication" infrastructure. "  The game play is your average fps feel and the acting is shit but funny.  Give the vid below a looks see and see what you think.
Gotta love killing Nazis as a GERMAN!  Excellent!
Brian
Posted by Weird WWII at 2:32 PM